If you’re thinking about moving to Canada maybe you might want to take a few minutes and read through this article. In this post, I will share with you 10 reasons why living in Canada might not be the right choice for you.

So, if you’re ready, then let’s dive into it. 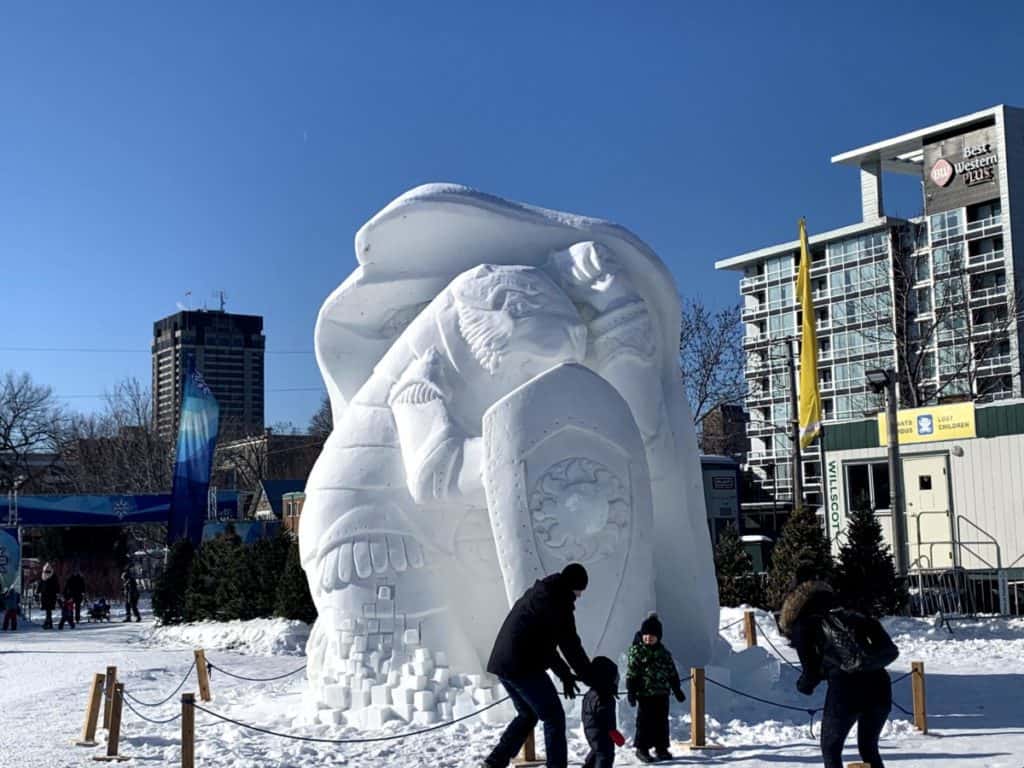 This is one of the obvious reasons you wouldn’t want to consider living in Canada. And yes, Canada is cold. Do you want to know how cold it is?

Well, in cities like Winnipeg, and Thunder Bay, it is not uncommon to get to -40 degrees during the winter. If you want an idea of what -40 degrees is like, it is cold that if you take a pot of boiling water and throw it in the air, the water will freeze before it hits the ground.

I have had a couple of friends who move to the Southern part of the US which is Florida because they couldn’t handle the cold.

So, yes Canada is cold, however, I want to point something else out that is very important. There are times when Canada gets very hot.

For example, Winnipeg, the city that gets to -40 during the wintertime, can also get to +40 degrees Celsius during summer.

If you’re the type of person that wants to go up the corporate ladder and get that big fancy CEO job, well, I have bad news for you. Canada has been nicknamed by one of its largest newspaper as a ” Condo/Crude/Cannabis” economy by the Financial Post.

This means that Canada has very few industries that are competitive in a global market, therefore, the number of prestigious C-suite jobs is relatively limited. Also, for the job market in Canada, you have to have good references in order to get a decent job.

Also, if you want to buy a single-family home, which is a home that doesn’t have any other attachment to it, prices will start a $1 million in cities like Toronto and Vancouver.

By Canadian standard, single-family detached home at $500,000 is an absolute bargain. So, yes, housing is quite expensive but also compared to other countries, especially if you drive one hour outside of Vancouver just across the border into the United States.

You’ll see people entering the US to buy groceries, clothes, and even electronics.

Furthermore, cellphone rates are ridiculous, you can expect to pay as much as $80 to $100 a month. Also, when it comes to drinking, Canada has a pretty high alcohol cost as well.

Canada has two official languages; English and French. So, if you are a university-educated professional with tons of ambitions, unless you speak French, there are only two cities that you can essentially choose from which are Toronto and Vancouver. Generally speaking, the further West you go, the less French there would be. 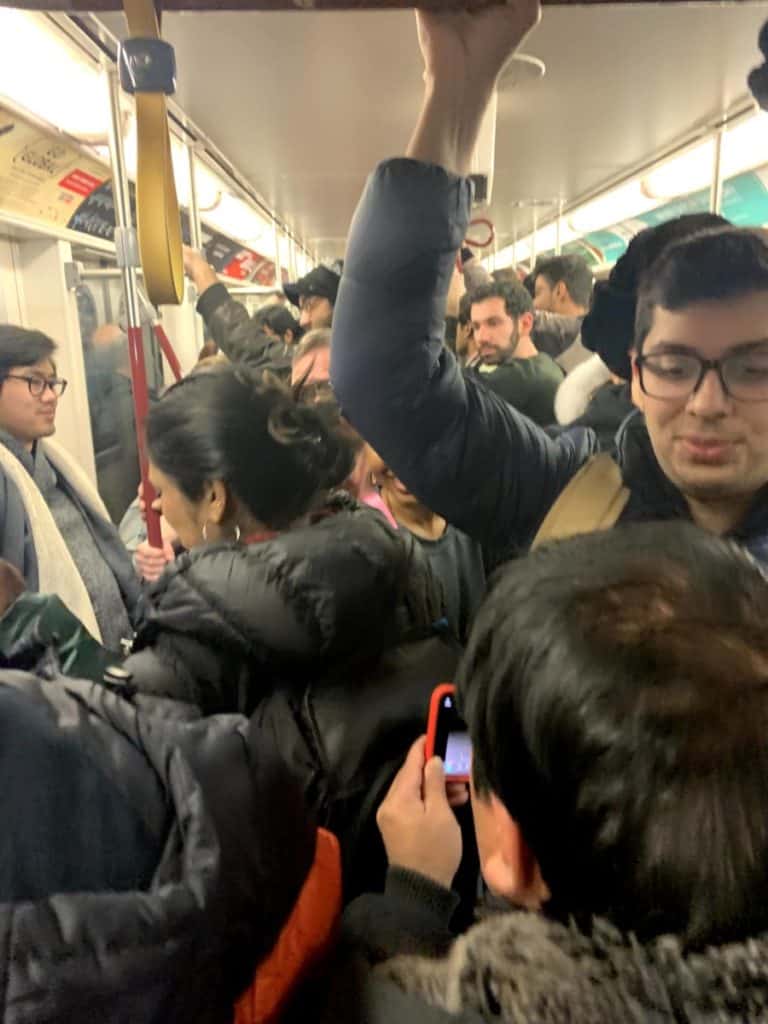 If you’re looking to live in areas such as Greater Toronto and Greater Vancouver areas, first of all, you’ll most likely need a car.

Canada is a place where a lot of people like cars, this is because most cities in Canada are wide and spread out. So, if you’re moving from a place with great public transportation and then suddenly you’re in Hamilton, Ontario, it will be an adjustment.

Also, if you’re using public transport, you have to give yourself an extra half hour at least to get to where you’re going because it is very possible that on your way, the subway might break down, and you’ll have to be detoured in some way or the other.

Talking about cars, in Canada, your car insurance premium every month will be as much, if not more, than your car payment.

For example, You would pay about $300 for a brand new Honda Civic per month. So, if you’re in a city like Toronto, your car insurance premium will be about $360 per month, and if you live in Vancouver, you can reasonably expect to pay $300 per month.

Canada is the second-largest country, in terms of landmass, and with that comes with a bit of downside. Cities in between each other are few and far between.

So, for example, the largest Canadian city that is close to Vancouver, which is Calgary, located in the province of Alberta, is roughly 1,000 kilometers away or a 12-hour car drive.

This also comes with another disadvantage if you look at flying. For example, if you’re flying from Vancouver to Montreal, the cheapest flight you can get will be a $450 return.

The large distance between cities is something that even Canadians love to complain about. So, you’ll have to leave your house an hour early to get to wherever you’re going to.

Not much to do

So, if you’re the type of person that loves to go to festivals, or loves to go to the bar or clubs, or anything like that, Canada doesn’t have many options.

Even in cities like Vancouver, the main things that people do on the weekend will be more like hiking, paddle-boarding, or any type of outdoor sport.

So, if you want to have a lot of events or festivals or more of big city activities, the only places you will find that will be downtown Montreal and downtown Toronto.

However, in bigger cities such as Montreal, Vancouver, and Toronto, people are in such a rush and want to get to where they are going quickly, so they sometimes can be rude.

People typically walk quickly everywhere, so, you’ll see a lot of speed walking and maneuvering within the crowd to catch the bus.

Finally, most people in these major cities wouldn’t be helpful when it comes to showing you to a place or helping you get your car fixed because everyone is in a rush. However, when someone is willing to help you, he or she will be very polite.

Honestly, racism is prevalent in Canada. It is a very regular thing which is sad to say. So, if you’re sensitive with it comes to race, then maybe Canada isn’t a good choice for you.

People like to think racism doesn’t happen in Canada but it does, but oftentimes, it is the microaggressions that happen to people.

Even though Canada is seen as one of the countries with the nicest people, there are cases where people have reported racism.

There is a huge problem with drug usage and homelessness in most Canadian cities. This doesn’t mean I hate the homeless or people that are struggling with substance abuse, but you might feel unsafe because of those issues.

If you’ll be visiting places like downtown Toronto or Montreal, you should expect to have at least one encounter a day with a homeless person.

So, if you’ve never been to a big city, there can be those moments where someone is on some sort of substance and they start spazzing out in public or yelling at people for no reason, so these are things you might want to consider when visiting Canada.

It can get scary sometimes especially at night. However, if you have a car, this is going to happen to you way less than if you depend on public transport.

if you want to know more about the issue with homelessness and drugs you can read more about it in this article from globalnews.ca

I hope this post helped you consider your decision about coming to Canada. But regardless of what was said, there are a million reasons why you would love living in Canada. If any of the above reasons aren’t a problem for you, then I will recommend you come to Canada.