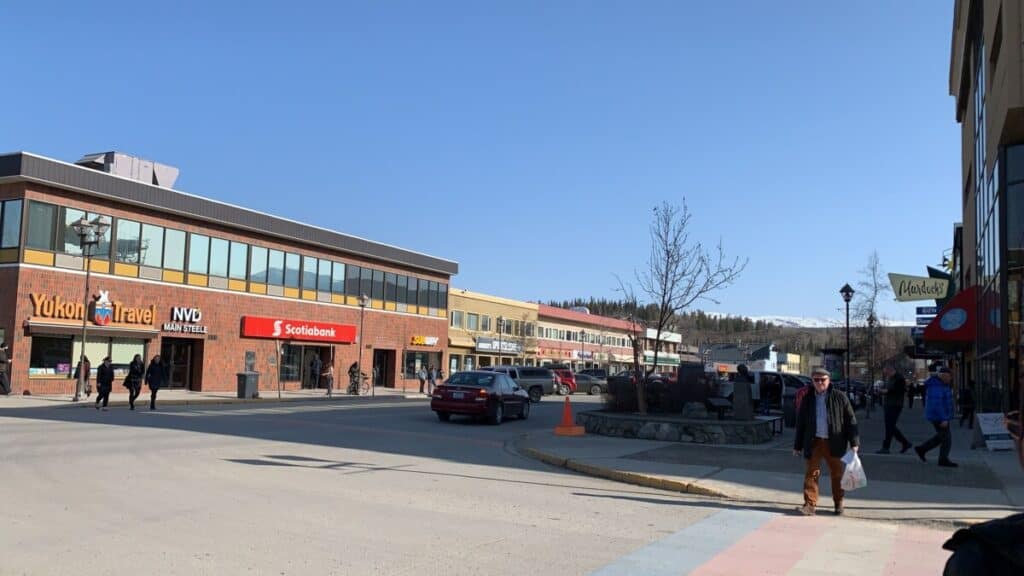 On my last trip to Yukon, I was with a friend of mine who was trying to buy a house in Yukon. The thing is though, we had no idea how expensive a house can be in Yukon. That being said, if you’re wondering why houses in Yukon are so expensive then this blog post should help undestand the main reasons.

Houses in the Yukon are so expensive for many reasons. One of those is that there are not a lot of people living up here. This means that houses can sell and be bought at higher prices, because there is not as much competition. Another reason why houses cost more is because they have to be built on stilts due to the permafrost below ground level, which makes them more costly than if they were just being built on solid ground like in other places.

Here are 7 reasons why house is so expensive in Yukon;

The Yukon is a harsh place to live. It’s cold, and there aren’t many people living here for obvious reasons. Houses are expensive because they can sell at higher prices than in other areas where homes may be more affordable due to the lack of competition from sellers or buyers.

Houses in Yukon cost more because it takes longer to build them given their size limitations. Properties have to be built on stilts due to the permafrost below ground level. This makes them more costly than if they were just being built on solid ground like in other places, where they would not need to get constructed with a foundation made of wood and concrete.

The lack of builders in Yukon also drives up the costs for people who are looking to build new houses. Because there is not a large number of contractors who can do this work, they need more workers and support staff on-site which means that it takes longer than if there were many builders available.

This causes some difficulty when trying to find affordable housing construction prices as well since these high wages make them pricier when compared with other places where you may hire someone less expensively or even build your own home from scratch.

Construction materials also become more difficult to find in the Yukon. They are not as readily available and when they do show up, they usually carry a higher price tag than what you would pay for them elsewhere because of shipping costs.

The lack of construction supplies also means that people who live there have to be very careful about how much building material is used on their home or project so it will last longer. This can sometimes lead to homes being built with less space inside or exterior features which may make them less attractive.

The lack of land development in the Yukon can also contribute to higher home prices and a shortage of homes.

In many areas of the Yukon, there is a shortage of land because it is not being developed as quickly. The lack of development means that people have to pay more or wait longer for new houses and lots to become available

Roads are not as well maintained or developed, which means that there is less opportunity for people who would like to start building their own homes from scratch because they cannot find appropriate pieces of land. The terrain itself is quite different than what you may be used to elsewhere, so it also adds more complexity when trying to figure out where and how best to develop new housing.

The Yukon’s population has been steadily increasing in recent years. More immigrants are going to Yukon and buying their own homes , as well as a number of younger people who works for the goverment and are moving to the territory.

The Yukon is an attractive place for foreign investors to invest in because there are some lucrative opportunities. The territory’s economy has been steadily improving, and it seems that many people who have previously invested in other places in Canada have become attracted to investing here as well.

The Yukon is an excellent location for investing in property because it has no taxes for foreign investors. Other provinces and territories often impose tough restrictions, which make their locations less attractive to those seeking a more stable place to invest. Foreigners investors see how appealing it is especially when Canadian real estate prices are increasing.

Many people are moving to the Yukon for work and many of them have jobs with the government which means they have high income.

A good number of those who move here end up staying because they’ve found such rewarding careers that give them more than enough income to afford a home in Yukon.

How much does a house cost in Yukon?

The average price of homes in this region is around the $590,700 mark for smaller properties and can go up to many millions for larger ones with more land. This means that houses can sell and be bought at higher prices because there isn’t as much competition. Another reason why houses are so expensive is because they have to be built on stilts due to the permafrost below ground level which makes them more costly than if they were just being built on solid ground like in other places.

Is the Yukon a good place to live?

It depends of your lifestyle. Yukon is a great place to live if you want to be in a rural area, and enjoy the peace and quiet that it offers. However, some people are not so fond of living in remote areas like this as they can find it hard to get supplies or goods from places where there is more infrastructure. For these reasons the Yukon might not be for everyone but would make an excellent choice for someone who likes their privacy and wants a wilder life than what most other Canadian provinces offer.