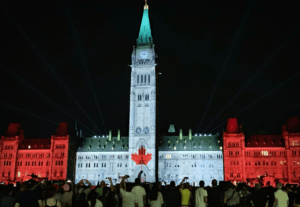 So. You’re ready to move and you’re trying to decide between Ottawa and Toronto. You want to know which city is the better place to live, but you’re quickly finding the decision-making process to be overwhelming. It seems that everyone has an opinion of where you should live, but when they give you input, are they really thinking about what’s best for you? For your lifestyle?

Is it better to live in Ottawa or Toronto? We’ve put together an intensive comparison of the two cities. The facts speak for themselves. Ottawa is definitely the better city because of its:

Since this list is only a proverbial 30,000-foot view of what Ottawa has to offer, we will dig into the details of each of these comparison points so you can see how we came to this conclusion.

How Ottawa and Toronto are Similar

To figure out which city was the better choice, we first looked at how they are similar.

Both Ottawa and Toronto have a lot of the same amenities, they just have them in different volumes.

Both cities can give you:

The difference between Ottawa and Toronto is that Ottawa has all of the big city amenities without the overly congested big city feel.

If you like capital cities, Ottawa and Toronto will both fit the bill.

Ottawa is the Canadian National Capital.

Toronto is the Capital for Ontario Province.

As an Ontarian, if you’re interested in participating in the legislative process, both cities have plenty of opportunities for you to be involved.

As the Nation’s Capital, about 35% of Ottawa’s overall job economy is tied to government and/or military-focused jobs. As the Province’s seat of government, Toronto about 11% of Toronto’s total employment is associated with government jobs.

What these jobs tend to lack in extravagant salaries, they tend to more than make up for in:

Capital cities also are usually very cosmopolitan and more often than not have additional educational opportunities.

If you’re someone with a strong appreciation for history, capital cities are usually rife with it. Ottawa and Toronto are no different. Both cities have incredible, carefully preserved, and refurbished historical buildings you can explore, photograph, and admire.

Since the Nation’s capital usually has more opportunities for historical exploration, Ottawa wins this point.

The Impact of the Cities Populations

If you are looking for a large metropolitan city that has a lot of people bustling around, Toronto would be the city you would choose. If, on the other hand, you prefer a large city that isn’t overly crowded, you’d fall in love with Ottawa.

According to World Population Review, Ottawa has about 1.393 million people in the city that covers an area of about 2,790 square kilometers (1,077 square miles).

By doing some basic math, we know that:

If you prefer to be able to have your own space instead of feeling like you’re in Tokyo, Ottawa gives you more opportunity for that. Ottawa wins this point.

There are several outdoor activities you can enjoy in both cities. Here’s a sample:

Now that you’ve seen so many options – that only touch the surface of what you can experience in each city, you should also know that Ottawa has significantly more parks to residents than Toronto.

Although both cities have beautiful parks, they aren’t as easily accessible in Toronto as those in Ottawa. Once again, Ottawa wins this point.

Higher Education in Ottawa and Toronto

Both Ottawa and Toronto have world-class colleges and universities where you can take some courses, begin, or finish your degree, get your advanced degree, or maybe… be a guest lecturer.

Ottawa has 13 different colleges and universities. Some of them are:

Being the much larger city, Toronto also has more higher learning options. There are 22 various colleges and universities within Toronto. Among them are:

Toronto not only has more campuses available than Ottawa, but there seem to be more diverse learning opportunities. Toronto wins this section.

Ontario Province’s public health care system requires the use of the Ontario Health Insurance Plan (OHIP). If you’re new to the province, you can apply for the card after you’ve lived in Ontario Province for three months.

Some of the services that are available to provide health care are:

Ottawa has specialty hospitals that Toronto doesn’t seem to have. If you’re concerned about having access to a variety of health care options, Ottawa wins this section.

Do you think that you will have to forego your love of culture if you live in one city over another? That just isn’t the case.

Both cities have opportunities for:

Other Things to Do in Toronto:

It seems the only difference here is the number of activities available. The cities tie on this point.

Both cities have their own claims to fame when it comes to pubs and eateries. A sampling includes:

The bottom line is that it doesn’t matter which city you choose; you can find plenty of things to whet your appetite. Once again, both cities tie on this section.

According to Numbeo.com, cost of housing tends to be much more expensive in Toronto than it is in Ottawa.

From an economic point of view, that makes sense when you consider that there is more land available per person in Ottawa than there is in Toronto. Even so, here’s a general comparison:

If you choose to buy your home, you can plan on paying property tax to the approximate tune of:

So, while your home will cost significantly more in Toronto, you will generally pay less in property tax.

That’s not really a surprising fact since Ottawa is working on increasing the reach of their public transit systems.

When everything is taken into consideration, Ottawa wins this point.

Based on the cost of housing, you would expect that the overall cost of living is going to follow suit. Overall, that’s accurate, but that isn’t always the case. There are a few instances where Toronto can offer daily items for less than Ottawa.  Here’s a sample from numbeo.com:

As these comparisons indicate, Ottawa has an overall lower cost of living with the exception of the:

Depending on which side of the coin you reside, this has to do with either:

We won’t go into the total compensation picture of adding various benefits because that varies wildly by company. From a base salary perspective, however, Toronto seems to have higher salary levels.

Numbeo.com, suggests that, after taxes, the average monthly net salary is:

These numbers are a bit misleading. The problem with averages is that they throw the really high salaries and the really low salaries together in the same bucket. When you consider that Toronto has three times as many people as Ottawa, the math would prove that it takes fewer really good salaries to make up for many more low level salaries.

One thing about working in Ottawa is that most jobs require bilingual skills. If you’re not fluent in French and English, you will either need to quickly become proficient in both French and English or have to dig a little more to find a job that only requires one of the languages.

Here is an example of an Office Administrator job in both cities:

Note: The Toronto job has a wider salary range than the Ottawa job, which means that it’s likely they will hire closer to the lower end of the range than the higher.

The bottom line here is that you are unlikely to earn enough difference in your salary to make up for the cost of living difference. Ottawa wins.

Ontario Province is Home to Both Ottawa and Toronto

Ontario is the Iroquoian word for:

Considering the large number of lakes in the Province, that makes a lot of sense.

Generally, Ontario is an English-speaking province, but there are several places, including Ottawa, where Ontario and Quebec originally started as the same province but were split in 1867.  Ontario is the second largest province in Canada covering about 1-million square kilometers and is home to about 2/5ths of Canada’s entire population.

It is a wonderfully multiculturally rich environment that offers:

Ottawa is the Better City

This analysis has demonstrated that Ottawa is the better choice between the two cities. It will provide a more balanced lifestyle.

The only exception is that if you’re in the film or music industry, you’re more likely to migrate toward living in Toronto. The sad part about this is that most who are starting in the industry are going to have to have at least three roommates to be able to afford to live there.

Ottawa is a great multicultural city you will definitely enjoy.