So, after months of feeling trapped, bored, or wanting to experience something new, you have decided to move to a new place. Alberta looks like a good candidate, but is the grass really greener in this Canadian province?

Alberta offers better-paying jobs, fewer taxes, and a very low cost of living. But while the province does have its appeal, there are downsides: a higher crime rate, fewer things to do around town, and the little things that may irk the daylights out of you.

Nevertheless, Alberta is worth considering. Let’s delve deeper into what makes Alberta shine for new residents and maybe even new Canadians, and what can make you think twice about moving into the area.

Pros of Living in Alberta

If you are looking for a place to grow your family or enjoy life by yourself, Alberta should be on top of your list. And here’s why:

You Get Paid More for Your Hard Work

As of June 2019, the minimum wage in Alberta stood at $15 per hour, which is the highest out of all the provinces and territories:

And it is not just the entry-level workers that are getting a better deal in Alberta; all employees are paid higher than their counterparts in other provinces and territories.

Alberta has one of the highest wages in any industry in the country. According to Statistics Canada, the average wage of all employees in the province stood at $31.39 in 2019, higher than the $27.83 average wage for the entire country.

Alberta has the highest hourly average out of the five biggest provinces and territories, including Ontario, Quebec, British Columbia, and Manitoba.

The average employee in Alberta can earn anywhere from $1,150 to $1,200 a week, which should cover the average rent for a two-bedroom house.

Rents in Alberta are reasonable. For instance, according to RentBoard.ca, the average rental rates in Edmonton are as follows:

This means that the average person can work for a week and still make enough for the monthly rent.

Furthermore, Alberta has reasonable tax rates. People earning $131,200 or less get a 10 percent tax rate on their taxable income, while those earning more than $314,928 get a 15 percent tax rate.

The tax rate for people earning any amount in between will be levied anywhere from 12 percent to 14 percent, depending on how high their annual income is.

These tax rates are more generous than the tax rates in other provinces such as Quebec, where your tax rates start at 15 percent, or Manitoba, where you pay 17.4 percent if you earn $70,610 or more.

While on the subject of taxes, Alberta does not levy any type of provincial sales taxes. You only pay the five percent goods and services tax levied by the federal government. In contrast, sales tax rates in other provinces are as follows: 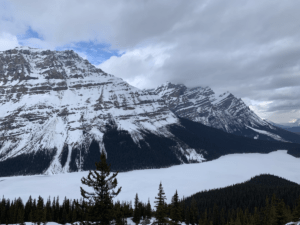 The MTL Blog hailed Alberta as the most beautiful province in Canada, citing the Moraine Lake and the nearby Johnston Canyon. There’s also the Writing-on-Stone Provincial Park, which is an excellent outdoor and learning destination.

Thrillist includes three Alberta locations in its list of 12 most beautiful places in Canada that you need to see: Abraham Lake, Jasper National Park, and Banff National Park.

Aside from a good economy, another good reason to live in Alberta is the easy access to basic services. And some of these services are offered for free. For recreation, the province has five national parks, some of the most beautiful places in the province. Alberta also has:

You’d love all these outdoor venues in the province since Alberta gets somewhere from 1,900 to 2,300 hours of sunshine, depending on where you live.

If you get sick, the healthcare system gives you access to:

The government funds K-to-12 education in Canada. What’s more, there are more than two dozen publicly-funded colleges in Alberta where the government pays part of your tuition, including:

Alberta might not have as many touristy places as other provinces, but there are numerous annual events and festivals that you can attend. Not that anybody is running out of things to do.

Aside from the natural wonders that make Alberta beautiful, you also have other recreational destinations. You can:

Furthermore, sports fans can root for one of two National Hockey League teams: Calgary Flames and Edmonton Oilers. Or you can just enjoy the games of the Calgary Stampeders or the Edmonton Eskimos at Canadian Football League games.

Cons of Living in Alberta

By now, we know that you’re ready to pack and relocate to Alberta. But hold on, some things will probably show you that Alberta is far from perfect.

While Alberta has more generous income taxes than Quebec, Manitoba, and other provinces and territories, minimum wage and lower-income earners are better off in other provinces such as Ontario, British Columbia, or Nunavut.

For example, in Ontario, those earning $43,906 or less will pay only 5.05 percent in taxes, while in British Columbia, minimum wage earners pay 5.06 percent. Nunavut levies a four-percent tax on the first $45,414 of income.

There Are More Crimes

One of the downsides of living in Alberta is that the province’s crime rates are higher than the national average. According to Statistics Canada, the country has 5,488 crimes for every 100,000 people and a crime severity index of 75.0.

The crime problem is even more pronounced in the rural areas, where emergency response is slow, and the crime rates are higher.

The provincial government has introduced several measures to help fight crime, including adding 500 Royal Canadian Mounted Police personnel over the next five years, introducing more stringent punishment for criminals, and giving immunity to property owners should they injure a trespasser.

Further, Maclean’s published a list of the top 50 safest places in Canada in 2019, and only two Alberta locales made it to the list: Beaumont and Okotoks. Both of which did so by the skin of their teeth. What’s more, Beaumont may not have a lot of crimes happening, but it’s expected to be violent when it happens.

Then there are the little things and the everyday gripes that just add up when you think about it. All places have their share of bad habits, and here are Alberta’s:

Is moving to Alberta worth it? Living in Alberta is not a bad idea. You can get hired, earn, and save more of your money due to the province’s higher wages, lower taxes, and low cost of living.

You can appreciate nature, enjoy sports activities, get fit with some outdoor stuff without having to leave Alberta. There are few tradeoffs, but these are minor and are not reasons to forego residing in this beautiful city.