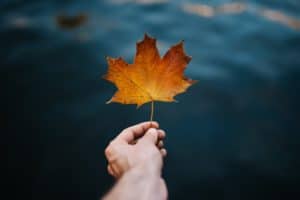 The town of Milton in Ontario is located in the southern part of Canada. This spot has seen a significant amount of growth in the early 2000s. Although Milton is a relatively small area with only 365 square km of land, it’s been a popular place to relocate for many Canadian residents.

What exactly does living in Milton entail though? Many people who may be considering a move here want to know about the region and the benefits or drawbacks of the town. The pros and cons of living in Milton Ontario are a good way to get an idea if this is the best place for some.

Benefits of Living in Milton Ontario

While there are many reasons a person might choose to relocate to Milton, some are more interesting than others. This area is not ideal for every person but these are a few reasons why a person might be drawn to the area.

For historians, Milton has an active historical society that is engaged in learning more about their history and preserving their roots. As some may know, the town of Milton was initially owned by the Mississauguas. They ceded their land to England with a treaty in the 1800s for an annual allowance. However, it was not until a man by the name of Jasper Martin from Newcastle landed in the area, that the town of Milton was founded. He built a grist mill on the creek and this became the roots of the settlement that would become the town.

After settling in the town, the residents decided to name the area after the poet. Although John Milton never travelled to the region, the town remained name after him and keeps its name until today. The town grew over time and became an area of industry although its identity has changed significantly over time.

For historians, the town remains close to its roots and has a variety of organizations, especially the historical organization, which is aimed at preserving those roots. the Halton Region Museum and railway museum are two places where visitors frequently visit to learn more about the origins of Milton. Anyone interested in being involved with the historical society will find that there are many roles to fill and a great deal to learn about the region.

Although there are many areas to enjoy in the region, nature lovers will easily find a home here. Milton has preserved many spots wanting to keep them safe from outside sources and maintain their natural advantages. Visitors and residents enjoy hiking, biking, and other outdoor recreation activities throughout the year.

The Kelso conservation area is a large nature area with camping, hiking, biking, and a variety of boating activities. People love coming in the summer to spend a few nights under the stars. It’s a family friendly area as well with a great deal to do. There’s also Rattlesnake point which features cedars dating back a thousand years. You can camp here or just take a day to hike the region. The nearby Hilton Falls Conservation Area is also a great place to enjoy the great outdoors. People love coming to these areas and taking part in a variety of outdoor pursuits. This is a great advantage for anyone who wants to be close to hiking or similar activities.

Although the population of Milton is not large, they have cultivated a fair amount of diversity for the region. When the latest census was completed, they found that the town was more diverse than you would think. The variety of people are from German descent although you can also find people from around the world who have called the area home. There are also a number of religions practiced in the region. It is predominantly Christian but Milton can also state that they have a number of people who are Jewish and Hindu. People from around the world have flocked to the area which is why it can boast such a diverse population.

If you enjoy sporting activities, then Milton is the right place for you. Although the region is fairly small, it can still boast a long history of sports. In fact, they even have a sports hall of fame to list all of the achievements of the local athletes.

Many people want to know if there is anyone particular sport that’s predominant in the region. Although Canada is best known for having excellent hockey players, the sports that are played here are diverse as well. There are a fair number of hockey players who have gone on to play in the national league. However, gymnasts, baseball players, and other athletes have also found their roots.

Even players who may not be working towards national or international achievements will still find that there are plenty of things to do when it comes to sports. From baseball to curling, the town is extremely active and residents love to participate in any number of athletic pursuits. This is a great advantage for anyone who enjoys being active throughout the year.

Although many people may find that this is the place that they love, it’s not the same for every person. People who live in the town still have complaints or concerns about Milton. While this is a great spot for many, it’s not necessarily the best spot for every person. When considering if this is the right place for you, you’ll want to think about some of the disadvantages as well.

As is the case in many smaller towns, Milton has limited public transportation. People who live in the heart of the city and work in the same spot may find that they don’t necessarily need a car. However, the average person will probably need a vehicle in order to get around. When it comes to transportation options, there are buses available although they only function on weekdays and Saturdays.

For residents who may need to commute from the area to others, there is very little passenger rail service. In fact, there is only a one-way weekday peak-service route available to and from Toronto. This may be challenging for residents who want to live in the area but work in a larger city. This can be a barrier to making a home in Milton.

Although Milton can boast a great deal when it comes to outdoor activities, they remain fairly limited when it comes to art and theatre. Although there are a number of museums in the surrounding towns, Milton was founded as an industrial area and has not fostered much of an arts sensibility. There are no in-person theatres in the area which require residents to seek these out in other places.

Not every person would consider this to be a disadvantage. However, for individuals or families who enjoy these types of activities, this is an area where they will find to be lacking.

This is an area that can be seen as a benefit or a disadvantage, but it’s well worth noting. Milton remains a small town with a limited population. It has become known for its growth which has expanded since the early 2000s. The quality of life measures made many people interested in relocating to the region. However, while this can be an advantage for families or retired people who want a slower pace of life, Milton is not a hot spot of activity. People who enjoy the bustle and activity of a larger city may be disappointed if they move to the area. While this may change in the future, Milton has kept its small town identity and there are no immediate signs of changing.

Although there are many options available when it comes to lower education, the town does not have a university. For anyone who wants to stay in the area while also attending college, this won’t be a possibility. There was an initial agreement for Wilfred Laurier University to establish a satellite campus in the region. However, the funding for the project was withdrawn and the project was cancelled.

For anyone who wants to remain in the area while also pursuing a college education, they will have to travel to a new area. There are a number of colleges and universities that are not a significant commute. However, this may not be an option for all students.

When it comes to the area, there are many reasons why people choose to call it home. This does not mean that it’s the best place for everyone. Milton has held onto its small town roots although is located close to Toronto, a much larger city. It can boast of having a variety of activities and an impressively diverse population given its small size. However, for some, this may not be enough. Anyone who is interested in living here should consider both the benefits and drawbacks of the region to decide if its the best spot for them.