Canada and the USA are two of the seven G7 countries: some of the countries with the largest advanced economies in the world.

Canada and the US both have robust education systems, with some key differences.

In some areas, Canada seems to have the leading set of actions, while others point to the US as being more united.

We will look at these differences and similarities below.

The Canadian education system is a proud product of multiculturalism, supportive critical thinking, and a “no-zero” approach to grading.

The grading system is an across-the-board view of all points and performances.

This means that students can succeed even if they don’t get high grades on tests alone.

More weight is given to projects and essays, rather than end-of-year standardized tests.

Canadian schools are, on average, much safer than their US counterparts.

CNN reports that the USA has had 288 school shootings since 2009, while Canada has had 2.

This is in part caused by the ease of access to guns.

The second amendment in the USA’s constitution states “…the right of the people to keep and bear Arms, shall not be infringed.” This results in the USA having a much higher quantity of guns in homes, potentially accessible by children.

Many have pointed to the large number of guns in the USA as the main factor in the number of school shootings. In 2017, it was estimated that the USA had 393.3 million civilian-owned firearms, while Canada had 12.7 million.

The education system in Canada is provincially regulated, not controlled on a national level.

While this may make for more relevant learning depending on the student’s geographical location, it also makes for the potential disparity between provinces.

We see this when students reach post-secondary school, and their courses are not transferable between trans-nation schools.

The USA, however, has standardized testing.

These are tests that are widely used across the USA. The SAT is one of the most common tests used in highschools.

The American education system is a more competitive system that puts heavy meaning on standardized tests and school sports.

Sports in the USA

American schools have a considerable interest in team sports. Football, basketball, and even volleyball games can pull in crowds of spectators.

This isn’t the case in most of Canada.

These sports are a fantastic way for children to stay healthy and exercise, and team sports specifically have great side effects.

This study from Iceland looked at secondary schools in the USA, Norway, and Iceland, and found many “benefits of sport participation, such as improved goal setting, increased motivation and self-esteem, better results in school, healthier friendships and better mental health.”

The same study, however, found that in 75% of these schools, there was a direct correlation between team sports and alcohol use.

The American education system has more types of widely attended schools than the Canadian system.

In Canada, the only charter schools are in Alberta, and the province can only have 15 of them, maximum. In the USA, there are almost 7,000 charter schools.

Putting the Two Countries Side by Side 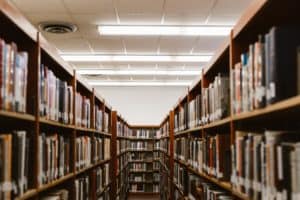 As we’ve seen, Canada and the USA have different approaches to education.

Canada is less competitive and safer, while the USA prefers standardized tests with the freedom to choose which type of school to send their children to.

The countries also differ in some of the language they use to talk about schools. For instance, the US has titled their high school years as freshman, sophomore, junior, and senior.

The US also has a large passion for school dances.

Homecoming, the Winter Formal, a Spring Fling, and, of course, Prom, are all large events at many American schools.

These dances often have a “King and Queen” that are crowned at the event.

Since 2014, there’s been a rise in elaborate “promposals” where teenagers ask each other to prom.

A lot of these promposals are recorded, then posted on social media.

There have been some criticisms about able-bodied students asking disabled students to prom, with some people saying these posts are attention-seeking and degrading.

Even with the mixed reviews about the American mindset of dances and sports, both Canada and the USA have issues when it comes to bullying in schools.

According to one study about the statistics of bullying in teenagers around the world, Canada and the US are very similar, often falling within three places of each other on the charts.

When it comes to getting accepted into University, the grade requirements differ between the two countries. The USA uses the GPA or Grade Point Average system.

This is a 4-point grading system that is measured across all courses throughout your high school years. The top schools in the USA expect a 3.5-4.0 GPA, meaning most, or all A’s throughout every subject taken.

Canadian schools, on the other hand, use a percentage system. All projects and works done throughout the year contribute to your percentage or grade in a certain topic.

Flunking gym class won’t keep you out of University up north.

While similar, there are some important differences between the Canadian and American education systems.

Overall, the Canadian system ranks higher in the quality of education, the salary for teachers, and the safety of its schools.

According to the current ranking of education globally by the OECD, Canada ranks 5th, and the USA ranks 20th.