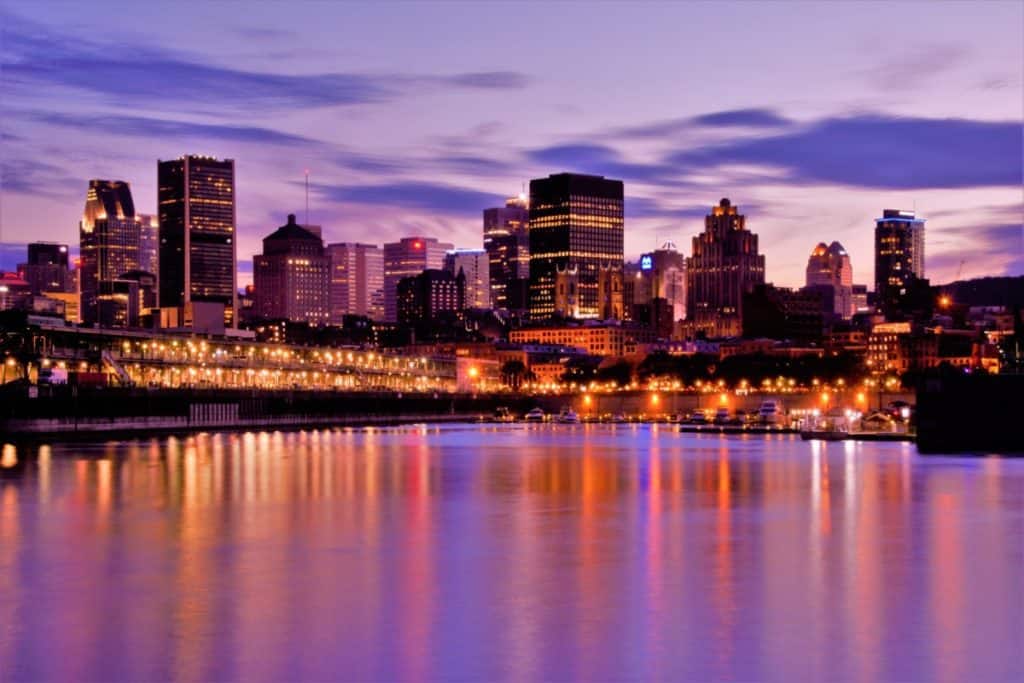 It is fair to say that Canada is home to some of the most beautiful places on earth, so if you are thinking about packing up your life and moving to a new city in Canada, then you will no doubt want to choose the city that will be best for you, however, with so many choices, it is hard to know what the best one for you is. In light of this, I have put together a list of the pros and cons of living in Montreal to help you decide if it is right for you.

To start, let’s take a look at the pros of living in Montreal;

Pros of living in Montreal

Montreal is often said to be the cultural capital of its province, Quebec; not only is this due to the mix of English and French cultures and histories, which in itself has created wonderfully diverse communities but there is also a strong focus on art and music.

If you like to go to festivals, then you will not find a city that hosts more than they do in Montreal, all year round you will be able to find a festival of some kind, representing different cultures and art forms. Among the most popular, you can visit the International Jazz Festival, a comedy festival such as Just for Laughs, the Osheaga Arts Festival, or the Fantasia Film Festival for all you movie buffs.

These are just some of the available options for festivals that are hosted in Montreal annually; their list is huge, and many events are family-friendly so you can often make it a family day out in this extraordinarily charming city.

It is always a massive positive if you can live in a city without having everything you earn going towards rent, well in Montreal you don’t have to stress too much about breaking the bank. The average price per month to rent is cheaper than other big cities such as Vancouver and Toronto, and if you head just a little outside the city center, you will find rent even cheaper still.

Now, I am not saying that Montreal is the cheapest place for rent that you will come across in Canada, but given its size and what it has to offer, it is cheaper by comparison to other densely populated Canadian cities.

The public transport system is good, and for the most part, it is reliable, comfortable, and cheap for city standards. For example, currently, a monthly metro pass for the Montreal metro is $86.50, now compare this to the current price of a monthly pass in Toronto which is $151.15, and you can see the difference is not just pocket change, rather it adds up to a substantial amount over the course of, say, a year.

However, if you want to save money further, or do not want to use a car, there is also the option of cycling. Montreal is what you would describe as a cycle-friendly city, and over the years a lot of work has been put in to ensure that this city consistently ranks as one of the most bike-friendly in the world.

Vast amounts of cycle lanes have been created, which are kept separate from motor vehicle lanes, so you can cycle safely wherever you go. The options of the cheap metro, or being able to comfortably use a bike, means you can live and work in the city without ever needing a car. 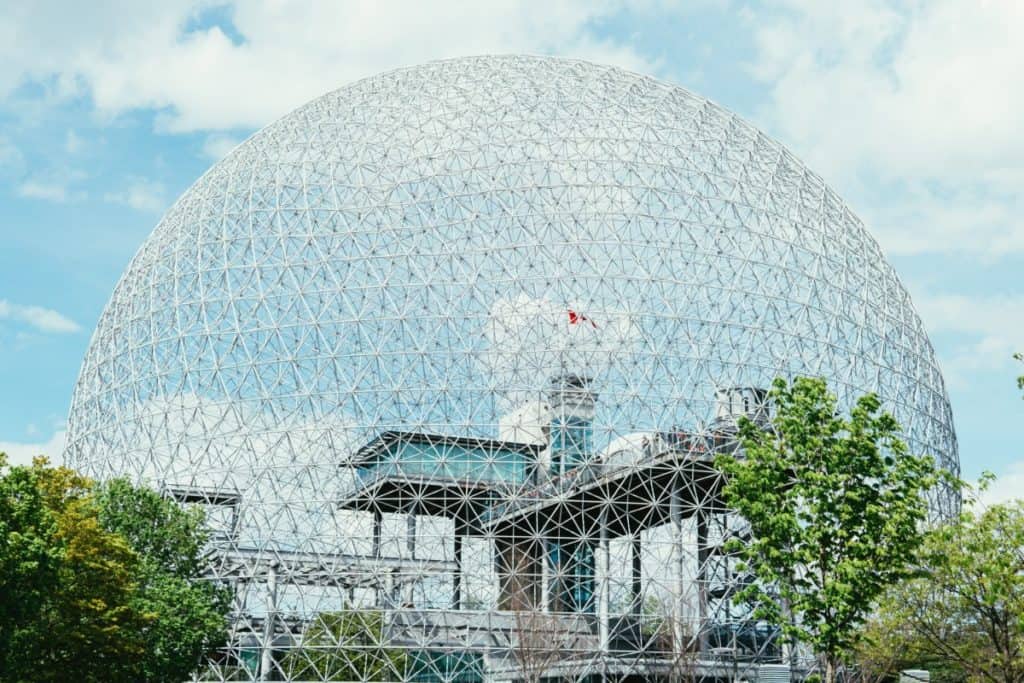 Oh, it is so pretty. The skyline of Montreal surrounded by the colors of the leaves in summer and autumn or the glistening shine of the snow in the winter make Montreal a magical sight to see. It is an unbelievably beautiful city that looks incredible at all angles, during all weather. You will constantly find yourself stopping and starting to take in the wonderful views the city has to offer. Plus, if you head just outside the city in any direction, you will find a large number of hiking trails to choose from where you can explore the diversity of nature that is so close to the city, So, whether you spend your free time exploring the back streets of downtown Montreal, or out on the trails walking the vast landscapes, you will never run out of things to do in and around this stunning city.

You will certainly have a good time living in Montreal, but before you make any decisions, let’s have a quick look at some of the cons you might come across;

Cons of living in Montreal

1. You Need to Speak French

You see, Montreal is second to Paris when it comes to the largest French-speaking cities in the world, more French is spoken at home here than English, so being able to speak it goes a long way, and being able to speak French and English will be even better.

There are parts of the city that look like they are falling apart, you can see buildings that are crumbling in places, there are potholes that take over most roads, and bridges that are frequently closed. A lot of roads you go down will be permanently under construction, and the buildings don’t seem to get fixed at a fast rate.

This is a big problem in Montreal, so big in fact, that it has been joked that residents should wear hard hats in order to protect themselves from the occasional debris that falls here and there.

There are a number of reasons that people speculate as to why the city is this way, from the construction companies cutting corners to the harsh weather conditions making it hard to maintain good quality structures; but whatever the real reason is, there is no getting away from the fact that on the roads of Montreal, your car will not last as long as you had hoped, and you will likely get caught up in traffic far more often than you could imagine because of ongoing road and building works.

The relatively cheaper rent rates will probably end up being offset a little due to the higher tax rates in Montreal. Unfortunately, Quebec is one of the victims of high tax rates across the board, whereby the sales tax, property tax, and income tax are all some of the highest in the country.

What’s worse is that there are no plans to decrease any of the tax rates to give anyone a break, instead they will probably increase further in years to come, with property taxes already increased by 1.7% during 2019. It is fair to say that it is frustrating for residents to be paying high taxes when they have a city whose infrastructure is in desperate need of an overhaul, yet the urgency to “fix” the city, seems to be on the back burner.

Additionally, hundreds of food and drink items have seen a slight increase in price, and interest rates on mortgages will also be on the up; with so many prices on the rise in all areas, it is a good job that housing is more affordable in Montreal. 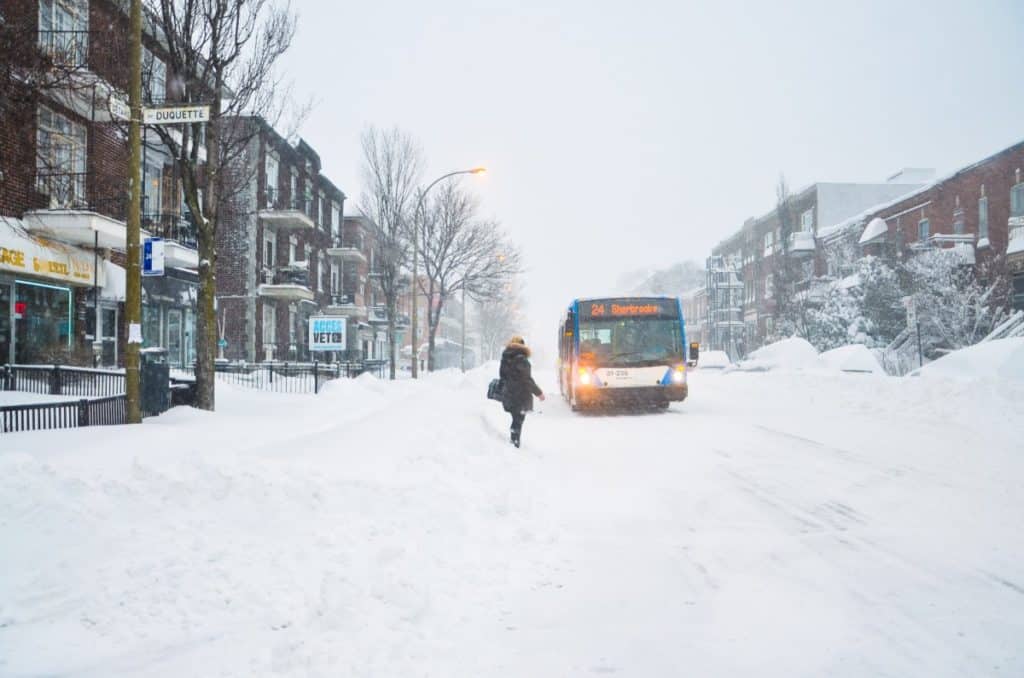 If you love the cold, then this can go straight into the pro list for you, but if you struggle in cold weather, then this will have to be a big point of consideration for you. Of course, it is a city in Canada, everyone expects it to be cold, but in Montreal you will find much harsher weather than in other cities, and you will spend several months every year with it reaching as low as minus twelve during the middle of winter; combine this with the cold rain, and icy winds that hang around at the same time, and you will have to cover up extremely well so as to not spend every winter sick.

There is certainly a lot that Montreal has to offer by way of a good life and a good lifestyle, but despite its beauty and better than average work-life-balance that most residents try to maintain, the fact that speaking French is a big deal might be enough to deter someone from moving there. However, if you have a grasp on the French language, can accept paying a higher tax, and can cope with months of extremely cold weather, then you will find a lot of enjoyment in living in Montreal.