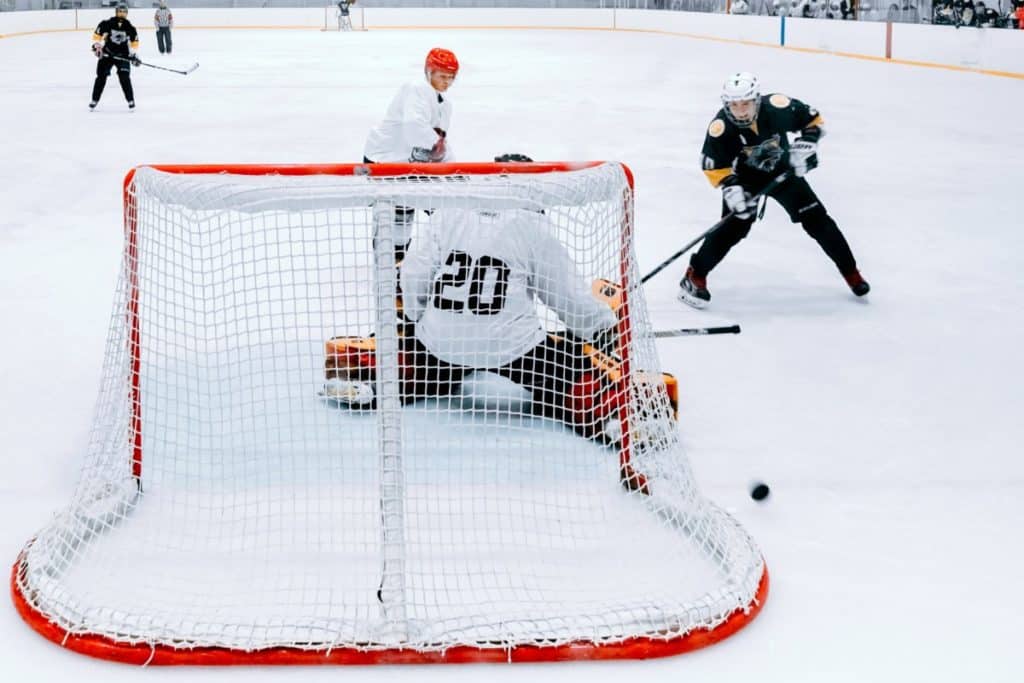 Sports are popular throughout Canada. You’ll find people all around competing and training throughout the year. The government has a Department of Canadian Heritage organization called Sport Canada dedicated to the promotion of sporting activities around the country.

But no sport is quite as popular here as ice hockey. The game is simple, as it entails a bunch of players on a sheet of ice attempting to shoot a small rubber puck past a goaltender into an opposing team’s net.

So what makes this so beloved throughout the land? It’s an activity that has brought people together for years. The history of the sport is also part of Canadian culture. The support and appreciation the country has are unlike anything else.

1. A Part of Early Canadian Culture

The first part of the game’s popularity comes from how the sport is essential to the country’s history. People have been playing since well before Canada became an official country in 1867. Some of the games from before then link to what we know now.

Hockey is closely related to various sports from other countries. Many stick-and-ball sports have been played around Europe since well before the nineteenth century. These include hurling in Ireland, knattleikr in Iceland, and shinty in Scotland. Also, the English game of bandy is noteworthy for how it is similar to those sports, but it takes place on ice with a small ball and bowed sticks.

All of these sports have similarities to what we know of today. These were carried over across the Atlantic Ocean through Europeans who immigrated to the land before its formation.

The indigenous or First Nations people who populated Canada for centuries partook in similar activities. The Mi’kmaq people from the modern Atlantic Provinces participated in various competitions. The tribe made wooden sticks like what they would find in the older European sports. The wood came from Hornbeam trees from present-day Nova Scotia.

The Mi’kmaq would continue to produce wooden sticks and pucks. The skates feature rounded front parts and wide blades on the back end parts. These skates are precursors to the ones players use today. These points show how influential Canadians are to the sport.

It would not be long before people started to become competitive when playing. The point dates back to the early nineteenth century. The King’s College School in Windsor, Nova Scotia, created an adaptation of hurling and would play it on the skating ponds near the campus. The game was called “ice hurley,” although many other details about the origins are unclear.

The activity would spread from the Atlantic Provinces to other parts of the country. The development of the nation’s rail system was critical in helping get all parts of the land to become connected. Part of this included making the sport more visible. More importantly, it would become easier for players to have the equipment they need to get in on the action.

4. The Start of What We Know Today

One part of national pride that Canadians hold comes from how the first stages of modern ice hockey came about in their land. On March 3, 1875, the first indoor game was played at the Victoria Skating Rink in Montreal. McGill University student James Creighton arranged a competition with friends at the rink.

But the indoor game was unique, as the sport was seen as a casual outdoor activity. The game used a smaller playing field than what outdoor games feature, thus necessitating a smaller team size. The use of a flat puck was critical in preventing the puck from flying off of the ice and becoming dangerous. The puck’s design is similar to a bung that seals beer barrels to prevent leakage.

By playing indoors, it would be easier for people to enjoy the activity during any time of the year. It would also allow for players to complete on a regular sheet of ice without having to play on a pond that might be too thin or dangerous.

The rules for the game have their origins here. James Creighton developed the Montreal or McGill Rules in 1877 as part of the original indoor competition.

The standards focus on how to play the game. Such points include a faceoff at the start. The rules also feature descriptions of infractions that may result in a stoppage of play. The goal was to create a sense of competition among all players. Forward passes were also illegal. The rule would evolve further to allow for more freedom on the ice.

What might be the most substantial reason why people love the game so much is because the country was directly responsible for the creation of the world’s top competitive league. The National Hockey Association was formed in 1909 and featured teams from Ontario and Quebec. The league introduced the traditional six-man lineup that teams still use today. The league also established penalties and the opportunity to swap out players in the middle of the action.

What makes the NHA so important is that the league was a precursor to the National Hockey League. The NHL was created in 1917 following a dispute among NHA owners over various aspects of the game. The NHA would cease operation in 1918, and the NHL would continue to operate.

Today, the NHL has expanded to include 31 teams, with a 32nd coming in 2021. Seven of the teams in the NHL are Canadian. Also, Canadians make up about 40 percent of the active players in the NHL.

5. Bringing the Nation Together 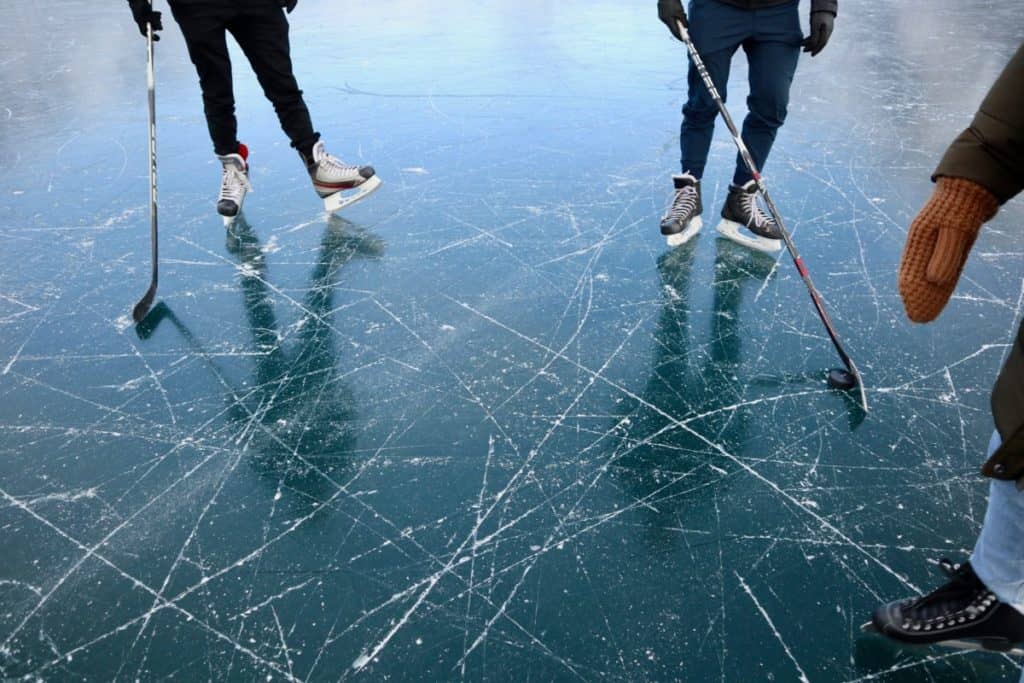 The sport is also great for how it’s a sport that brings many around the country together. People from all corners of the country participate every year. The IIHF states that during the 2018-19 season, there were more than 620,000 registered players throughout the land. Many compete as recreational players, but there are also many professional groups.

The Hockey Canada organization encourages participation among people of all sorts around the country. The organization supports the development of the game for men, women, and juniors. There’s even a program for children under the age of seven supported by Tim Hortons.

Many of the top-rated television programs in Canadian history are hockey games. Events in the NHL and Winter Olympics bring millions of people together throughout the season. Most Canadian clubs make an effort to hold games on Saturday nights when more around the land are likely to see their events.

The highest-rated program in national history is the 2010 Winter Olympics men’s gold medal game between Canada and the United States. Nearly 17 million people around the country saw that game. Thirteen of the top-twenty most-watched programs are games, including the top nine entries.

Canadians also appreciate how the country promotes and celebrates what they love at the Hockey Hall of Fame in Toronto. The museum has many exhibits dedicated to the sport. The site also salutes many of the greatest players, coaches, and innovators in its history.

But the most significant way how the sport helped bring people together may be from the 1972 Summit Series. A Canadian team featuring the best NHL players from the country competed in eight games against the Soviet Union’s national team. The event was critical in helping to ease tensions between the Soviet Union and North America. There is also a belief that the Summit Series might have been essential in getting many Soviet players to defect from the country to start playing in North America.

What Will You Find Today?

The assortment of competitions around the country makes the sport a favorite as well. In addition to the NHL, various professional minor leagues also participate in Canada. These include the AHL And ECHL, which both have some teams in Canada. The LNAH also operates in Quebec.

There are also junior and senior leagues around the land. The CHL operates three separate leagues for players 16 to 21 years of age. Senior amateur leagues are available for players who are older and have retired from professional competition. There was also a professional women’s league called the CWHL that operated from 2007 to 2019.

Ice hockey is an appealing game that continues to be popular throughout Canada. The influence the country has over the game’s formation, its ability to bring people together, and the variety of competitions make it a sport that people around the country love. You’ll find many activities surrounding the sport throughout the country during all times of the year. It is ingrained in the country’s culture and identity.