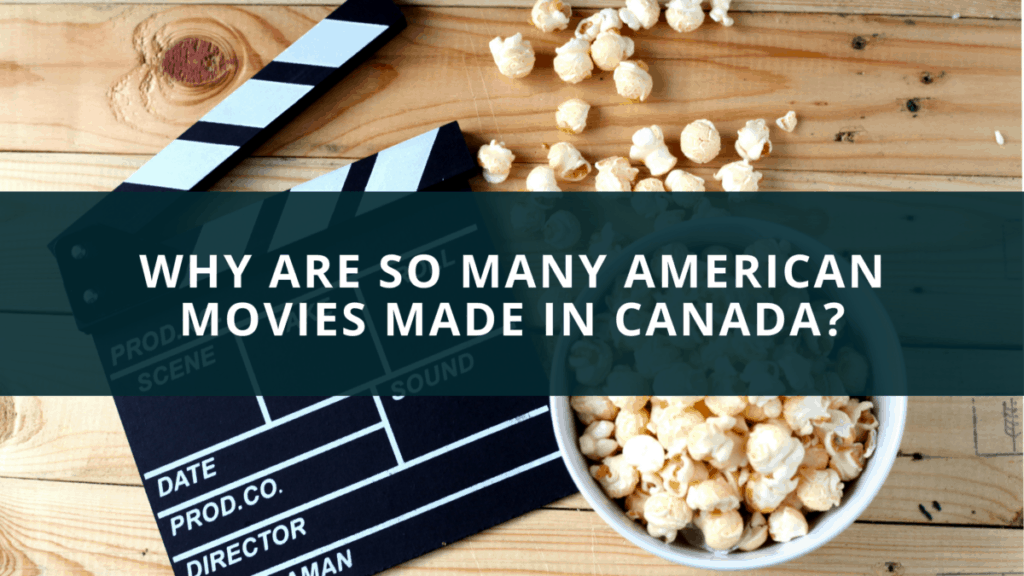 Do you enjoy watching American movies? Do you watch them for exposure or pleasure? What kind of movies do you enjoy? Whatever your choice is, apparently everyone loves a good movie. Most of the time, viewers get too attached to storylines and the background settings of movies. This makes viewers go the extra length to determine the veracity of storylines and the settings of such movies by paying visits to the location of their favorite movies.

Many American movies are filmed in Canada. The reason for this is that the Canadian film industry offers tax incentives and a lower cost of living than what you would find in America, which allows productions to save money on labor costs. Movie sets are also more affordable with plenty of vacant land available so filmmakers can build their own set.

Film making industry in Canada is home to many studios. The cinema of English-speaking Canada is intertwined with that of the United States. As there are many American actors, so are there successful Canadian actors. According to research, Hollywood has outsourced about 1,500 film and television productions to Canada.

8 Reasons are so many American movies filmed in Canada

A movie is just as beautiful as its settings. Many people watch out for the background and physical location when watching movies. Movie producers drive up North to Canada to get these settings at even a cheaper rate. The locations they choose in Canada do look like America. For example, Toronto has several distinct neighborhoods that stand in various American cities and you’d never know the difference. Canadian cities like Vancouver, Toronto, and Montreal have beautiful aesthetics and urban landscape that can easily pass for Americans. Vancouver provides filmmakers with a beach, and they can shoot in the snow.

Canada has no entertainment taxes and offers tax incentives to filmmakers who hire local musicians and actors which we all love! These global companies have recognized this country as an attractive location for their film sets because it saves them money too, since many other countries offer similar tax breaks these days. All the aforementioned reasons help to explain how so many Americans movies end up being made in Canada.

Most time film producers will demand a new face in the course of the narration of their story. There is always a need to introduce a fresh face to the audience that is different from the American actors they are used to. Canada got a pool of talents that are ready to go even at a cheaper rate. This makes production affordable.

4. Less bureaucracy and red tape for filming in Canada

In the 1990s architecture of buildings was added to copyright law protections. You have to get permission from a building that will feature your work to use them in videography, or risk being sued by when the owners see them in your finished work. This single law has made it difficult for filmmakers to successfully shoot their movies in a short duration. If you have to ask every owner for permission before their properties can be shown or used, imagine how long a process it would take.

In Canadian cities like Vancouver, costs are cheaper and it has several studios to choose from and it brings out the same result as the American cities. Also, there are tax breaks and funds available if you film in Canada. For example in a place like Vancouver film producers are offered production materials on a gold platter.

In the U.S for instance, the owner of a bar or a parking lot may charge about $5,000/day rent. In Vancouver, such a place could be up for free because of the shoot which brings about increased business and indirect advertising.

The US dollar is stronger than the Canadian dollar, which makes it more affordable to film in Canada.

Over the last few decades, films from Hollywood have been shooting scenes and sometimes entire movies in Canada. The reasons are manifold but they all boil down to money.

Every background you’d want for a movie is in Vancouver; Farmland, mountain ranges, ocean/lakes. Since movies are make-believe, filmmakers do not need to put in too much effort in convincing their audience that a movie wasn’t shot in America. A set can also be very expensive to build. In business considerations, movie production may be more beautiful for its aesthetic settings.

8. Canada has all four seasons

There’s an additional benefit for Hollywood producers: North America has all four seasons which means a large selection as far as locations go (for example, snowy winter or sunny summer). This gives filmmakers greater freedom when deciding on what time period their movie takes place in.” In addition, while there may be fewer studios available outside of California.

Why is it easier to film in Canada?

The economics of shooting in Canada is more affordable compared to that of the United States. The overall cost of production is much lower. This is as a result of the role the exchange rate plays in this. However, costs are much lower and not just due to the exchange rate. As it stands Canada offers fairly generous tax breaks to production companies. To save cost, American producers can hire Canadian casts and crews at rates that are less than they would pay American counterparts.

Canada is a great place to film movies. It’s so close and easy for American filmmakers to work there. Plus Canada has tons of beautiful nature scenes that are perfect for filming in an outdoor scene or setting up shots outside without having to deal with pesky weather problems like rain and snow.