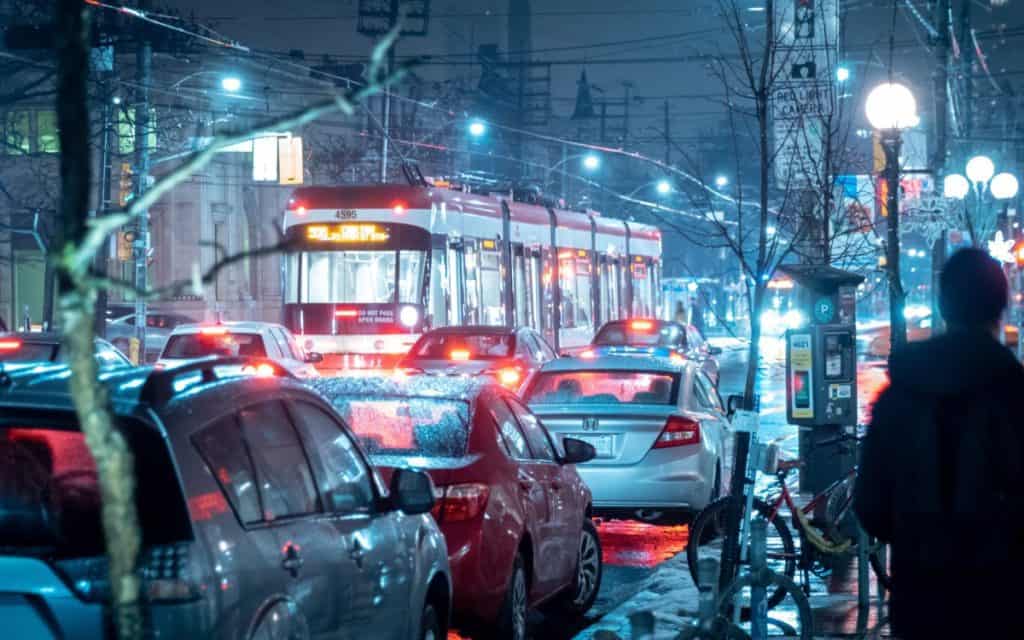 Traffic congestion is one of the biggest problems facing major cities across the globe. It comes with a load of disadvantages that make life in the affected cities a living hell. From getting late to work to difficulty in commuting, this is a real problem. One of the most affected cities is Toronto, a major city in Canada. Most people equate the traffic problem in this blissful city, formerly the capital city of Canada, to that of Los Angeles, a major city in the United States.

It is imperative, therefore, that we first understand what causes traffic congestion in this city and maybe look at some of the ways the government and the stakeholders can chip in to correct it. Why so much traffic?

The truth is, there is construction taking place everywhere in Toronto. Even though this is a plus when it comes to infrastructural development, it takes place at the expense of decongestion. It isn’t very easy to find a clear path in Toronto as it is without running across a construction site. This level of construction, therefore, hinders movement, which is a real contribution to the traffic snarl-ups and congestion experienced in this major city of Canada.

Have in mind that most people attribute this to be the number one cause of the problem at hand. Also, most of the time, construction equipment are left lying around, which in return, obscure passageways. The laissez-fair approach is also to blame for this traffic influx due to its zoning and construction laws, which saw the creation of condominiums, thereby increasing the congestion in areas that were already suffering from an influx. 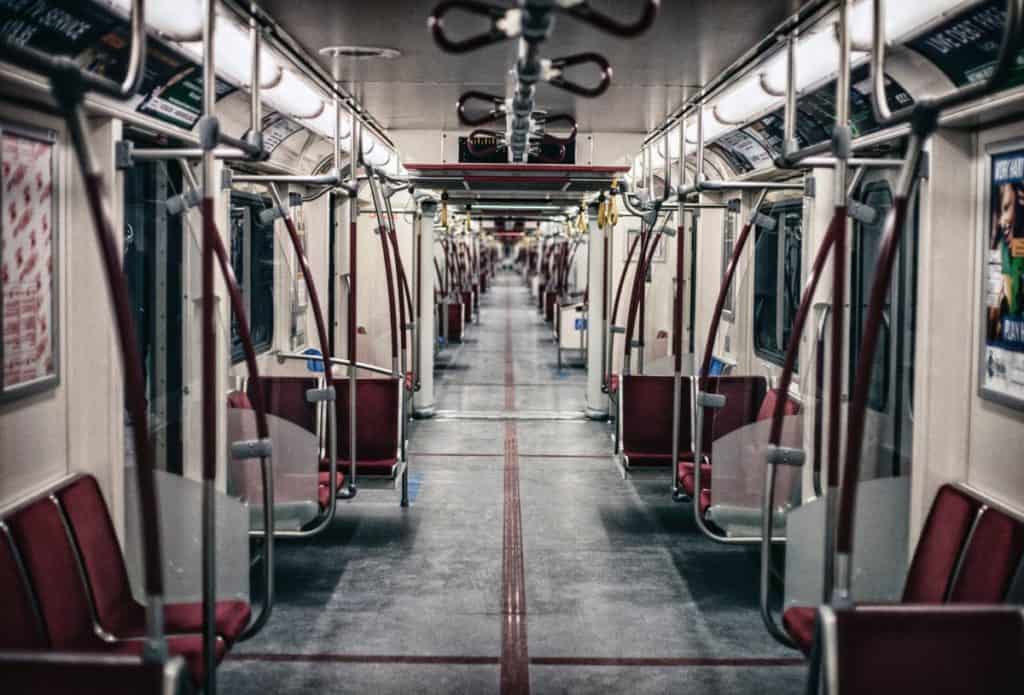 Toronto Transit Commission, popularly known as TTC, is a public transport agency that is mandated to operate subways, streetcars and bus services in Toronto. How is it a significant contributor to traffic congestion in Toronto? Streetcars usually are quite an inconducive means of transport in Toronto. Why? This is because these cars are generally stuck on one lane of the road and cannot, therefore, move left or right to create a way for other road users.

A bus is quite flexible since it can move right as it picks people while letting other road users and cars pass to the left of the road. Streetcars, however, allow people to walk through the traffic lane to the streetcar, which is a disadvantage since cars have to stop around it as it picks up people.

Streetcars can also stop in the middle of the street, which results in congestion. Another disadvantage is that TTC is not cheap. It features some of the highest fares in Canada.

A lot of pulling over

A drive along the streets of Toronto will show you where the problem lies- drivers pull up everywhere and anywhere, which hinders the normal flow of traffic since other road users have to stop and wait for this transition.

This is pretty annoying, especially if you are a road user who is in a hurry. Traffic in Toronto is so bad that it might take you ages covering a 500m distance. Other drivers also weave between lanes, which in return forces users to hit their brakes. This is a pretty significant disadvantage which slows down everyone.

The number of cars

Toronto is a big city, and as you can expect, it has several dwellers. There are, therefore, several vehicles ranging from trucks, taxis, to personal cars-it is just a mess. The roads are therefore busy all the time, which is one of the factors that cause the congestion we see. One of the most affected lanes in this City is the Richmond Street lane. It is a classic example of a four-lane road that has been reduced to a two-lane highway because the left and the right lane are always unusable due to the delivery vans and buses.

Most of these delivery vans also pull over anywhere. Coupled up with crummy parking, you can always be sure that one lane will be hardly usable. With the surging number of cars, closure of one path is a big blow that results in traffic congestion. 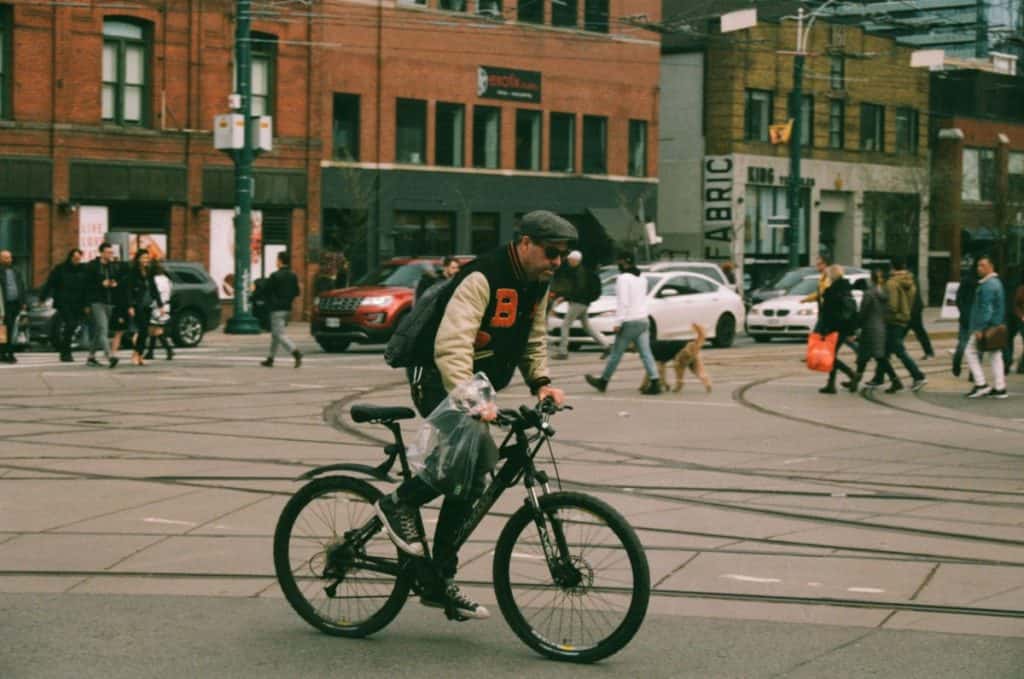 You must be wondering why residents cannot resort to their bikes if traffic is such an issue. Well, that would be a brilliant way of fighting all that congestion, but the truth is Toronto is not as conducive for bike riders. It is quite hard to commute to work by bike in this city owing to the torrential rain. You never know when you will get yourself wet and spoil your work documents because of the unexpected storms that fall quite regularly.

Bike riding to work is also a big struggle due to the sun. Most of the time, it is always blazing, and pedaling in the scorching sun is one struggle you wouldn’t wish on your worst enemy. Residents are, therefore, quite hindered from using bikes to commute to and from work, forcing them to keep up with the heartbreaking traffic.

One of the ways people beat traffic in most residential areas is by waking up early and getting on to their business before other road users become active. Even though this is not absolute, it has proven to be quite a savior for most people. The problem with Toronto, however, is that the buses, which are the primary source of transportation around the city, are always late.

People are therefore forced to share a road with other road users who are also going to work, which is a significant cause of chaos in the streets.

Toronto is not as walkable

Walking might be a suitable means of dealing with part of this congestion. The problem with Toronto is that it is not as walkable. Why? Accessing other regions after the downtown area is quite a struggle while you are on foot. Most people, therefore, have to use either their cars or taxis to get around, which creates a surge in movement means, a reason why we have this whole traffic issue. With all the construction going on too, it is quite challenging to find a clear path.

There is a big problem with left lane drivers in Toronto. The left lane traffic is always on a standstill, which is also a reason why we have all the traffic snarl-ups in Toronto. Remember, we said that most of the four-lane roads are turned into two or three-lane roads, and the most affected are always the left lane.

You are, therefore, probably going to end up annoyed if you are a left-lane user because of this. What’s even worse is just some drivers intentionally slow the left lane either when picking up passengers or due to reckless driving.

Even though other factors may be attributed to the Toronto roads and physical occurrences, the quality of driving is also a factor that enhances the traffic snarl-ups in Toronto. Most drivers overlap while others try to weave between lanes, which forces other road users to keep their feet on their breaks, slowing down everyone.

Other drivers do not also pay attention while driving, and therefore tend to miss the lights, which results in a lot of waiting while on the road. With a city harboring thousands, a missed light signal is quite unfortunate.

Canada is one country that has opened its borders to a lot of immigrants who are always in search of better lives. It, therefore, has an ever-growing population also occasioned by an increase in that of the natives. Toronto, being one of the biggest cities, is one of the hardest hit when it comes to this population surge. The only problem is that Toronto has still not managed to catch up with this extreme population growth.

Toronto, therefore, needs more freeways and highways to help relieve this congestion, especially in areas such as Don Valley Parkway.

Canada has one of the largest cases of immigrants who are always brought in by the opportunities available in the country. Most pressure is, therefore, exerted in its major cities, which are also the largest industrial areas. ‘

A city such as Toronto, therefore, has a rapidly growing population, which translates into more road users. Traffic congestion is therefore eminent since everybody would like to commute to and from work. This matter is going to continue being a problem until more roads are created.

An increase in the use of ride-sharing apps

As if not enough, Toronto has witnessed a growth in ride-sharing app companies, which even threatens the status quo. This is brought about by the unreliability of the TTCs, which are usually the main public transport means in the city. An increase in these apps means an increase in the number of cars on the roads, which results in congestion. An excellent example of such apps is Uber, which is growing more popular day in, day out.

The traffic situation in Toronto is quite alarming. In case you were looking for some of the reasons why I have outlined them in our article. I hope that the content of this article has helped you answer the question, ‘Why does Toronto have so much traffic?’