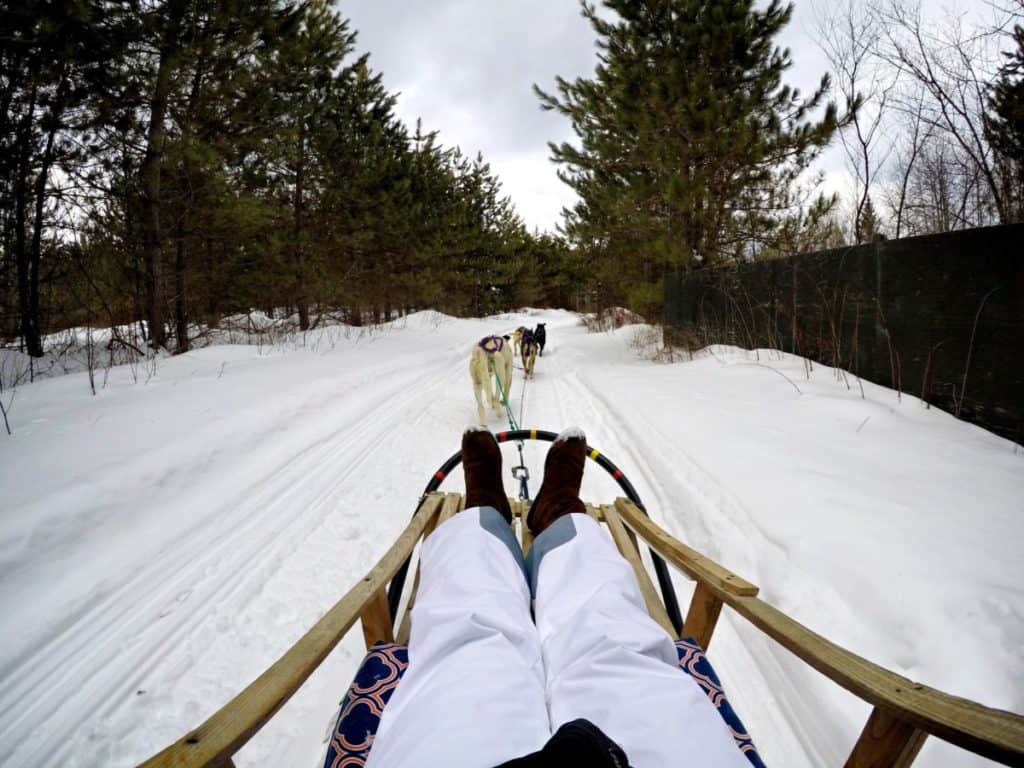 True North, What Does That Mean?

The term True North can have a variety of meanings in a variety of different contexts. In business, its the ideal place a CEO can have for his company. In the world of relationships and love, it refers to something that keeps you anchored, guides you, things like your values, beliefs, and principles, Even your iPhone when it hears about this thinks in terms of location. There are many different meanings and ideologies for this word but Canda’s is what we are interested in today.

The term True north has many connotations. To some, it represents a term of endearment, the last frontier. To others, it refers to the country as one of a few nations that have the pleasure of being part frozen tundras such as Russia, Scandinavia, (Norway, Finland, Denmark, Sweden) Greenland and Iceland. It also doesn’t hurt that a little thing called the Magnetic North Pole is located in Ellesmere Island, which is about 500 miles from the Geographic North Pole.

The Geographic Pole is the one we all think about when thinking of elves and presents, yes, the one with Santa Claus. But The Magnetic Pole is, normally what people are talking about when they describe the term. What is it you ask? It is what happens when Earth’s iron core and the movement within its outer part generates a magnetic field. According to livescience.com, “The Magnetic Pole is not the same as “true north”; it is several hundreds of miles south of the Geographic Pole.” The magnetic poles are where the field is vertical. Instead of what we generally think to be true, compasses actually point toward the magnetic pole and not the geographic pole.

Like many other terms and phrases from one of the friendliest countries in the world, the country has unofficially adopted the phrase through the years. To a Canadian, being a northerner is a term of endearment, a badge of honor. In recent years, the term has even lent itself to the sports world with the NBA Toronto Raptors brandishing it everywhere “We The North”, the phrase skyrocketed in 2019 when the Raptors won the NBA Championship in six games. Canadians are a proud people and once they claim something as their own, it is hardpressed for it not to stick.

The growing music movement in Toronto is can also be contributed to the popularizing and the theme of representing the North. From the likes of hip-hop heavyweight Aubrey “Drake” Graham bringing the music scene to the forefront of the mainstream or Abel “The Weeknd” Tesfaye continuing to introduce the rest of the world to the underbelly of the Canadian party scene. The Canadian culture and way of life are definitely starting to be noticed now for its melding of American culture than ever before.

Having a diverse culture that is heavily influenced by world leaders such as, France, Great Britain, and America is easy to see how that shaped the place into what we know it to be today, an easy example is a fact that even though English is the dominate language in most of the country, some places like Quebec, where French is the prominent language spoken.

In 1608, the French were the first European country to settle in what would become the country it is today. For years they settled and made a home on the land they discovered until Great Britain came along and defeated them in The Seven Year’s War. In 1763, both sides signed the Treaty of Paris, which forced France to renounce their claim to the place in exchange for other colonies and that colony became the British colony of Quebec. 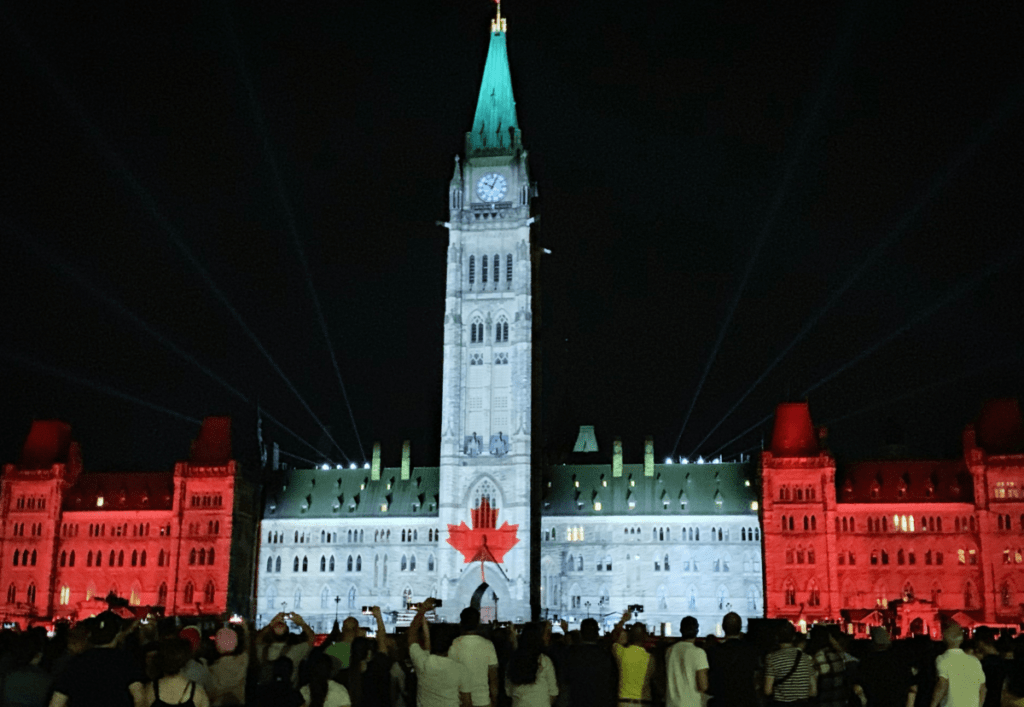 Anyone familiar with the Canadian National Anthem…

True patriot love in all of us command.

The True North strong and free!

From far and wide,

O Canada, we stand on guard for thee.

O Canada, we stand on guard for thee.

O Canada, we stand on guard for thee.”

..knows that even in 1880 when Lieutenant Governor of Quebec Théodore Robitaille decided to compose the piece for the Saint Jean-Baptiste Day ceremony they believed that the country was the true one above the rest, and they still do. It wasn’t until 1906 that an English translation had been published from the original lyrics in French. The famed poet Alfred Lord Tennyson once wrote, “And that true North, whereof we lately heard. A strain to shame us ‘keep you to yourselves: So loyal is too costly!” meaning that northern lands of other countries are false. A couple of years later in 1908, Robert Stanley Weir wrote a version that became the most popular of the time and eventually became the basis for the official lyrics enacted Parliament. Having been revised a few times, most recently when An Act to amend the National Anthem Act was enacted in 2018. The song has served as their National anthem since 1939, officially becoming the country’s national anthem in 1980 after the National Anthem Act began to take effect July 1 as part of that year’s Dominion Day.

The Not So Baby Boom

Being as large of a country as it is, it only boast about 37.6 million people, that’s less than California, which has upwards of almost 40 million citizens as of 2019. This isn’t new for the country because, despite their total size, they have always had around a small population, since its inception in 1867. Of Canada’s roughly 38 million residents, it’s estimated that they are estimated to have around 55.2 million citizens by 2068 and that is largely due to increasingly stringent immigration policies. With 90% of the country being uninhabitable because of it being buried under permafrost, what is causing it?

Canada ranks 2nd largest country in total size, only behind Russia, and fourth in land area size. So, how could that be you ask? Canada is also home to the world’s largest number of freshwater lakes. Of all the Canadian provinces and territories, only two are landlocked (Alberta and Saskatchewan) leaving. the other eleven to be bordered by one of three of the world’s oceans. Of their 3.855 million sq miles, 57,660 square miles of that is under permafrost in the Canadian Arctic or better known as part of the Arctic Circle.

“Canada as a whole has a population density of just 4 people per square kilometers, which makes it the 228th most densely populated country. The population density is among the lowest in the world, mostly because a great deal of the countries to the north is virtually uninhabitable.”

The term has a weight and variance that not many phrases in the English language have ever had and over the years, it has grown and changed with the times. Being they are surrounded by mostly mainly ice, that definition of the term might be the truest of them all but depending on who you ask the permafrost, permanently frozen ice, and thousands upon thousands of barren frozen tundra has more of an appeal to lifetime residents and people intrigued by the landscape of the place than one would think. The Far North is generally referred to as the Canadian Arctic. This is an area of the country that lies north of the Arctic Circle, This area is said to cover about 39% of Canada’s total land area but has less than 1% of their population. Who would be willing to live in conditions as extreme as these you ask? Meet the Inuits of the Northern permafrost.

Inuits of the Northern permafrost

Inuits are the largest group of Aboriginal peoples in Northern Canada with 61.5% of all their Inuits living in Northern Canada. Of that, 52.8% being Nunavut, a tribe that lived in Inuit Nunangat. A particular group of Inuit is located about 150 miles above the Arctic Circle, with their only way of communicating with the outside world being a one-way street and having to survive nine months in freezing temperatures and one month of complete darkness, it is a surprise and wonder at how they make it and live the way that they do. For more information regarding the Inuvik people or if you want to go experience for yourself, you can sign up for a ride through the community for you to get a better look at people who have mastered life in the extreme, uninhabitable elements.

Canada is a place of wonder and amazement, from Niagara Falls in Autumn to Banff National Park in the Spring, once you step foot in this magical place, you will find it a tough time to want to leave. Being in one of the coldest places on Earth is a hard sell for most but when you consider, the beautiful nature side, the sprawling French-influenced culture of Montréal and Quebec, to the now iconic hip-hop roots in “The Six”, Canada has a little something for everyone. Hence, the term true north because after you get to a certain point there is nowhere else you can go but up.