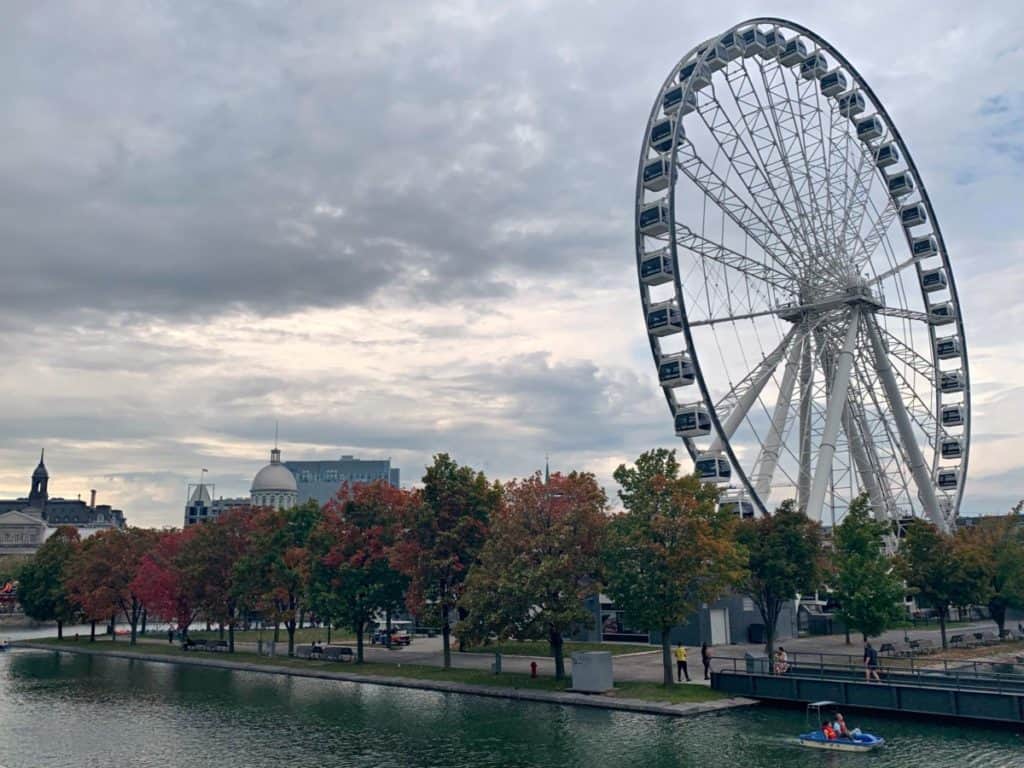 Quebec is a unique and important province of Canada, known for lush forests, bustling city life, and French-Canadian culture. Once an independent state, Quebec has grappled with its place within Canada for many years and has, at times, grown a secessionist movement. Reasons to leave the nation have varied over the years, but have included cultural identity and economic woes. Quebec is too important for Canada to let the region slip away easily.

Why Quebec is so important? The simple answer is, Quebec is the largest province in Canada, boasting a long shoreline along with the Gulf of St. Lawrence which allows easy access to the Atlantic Ocean. The St. Lawrence River has influenced the growth of population and industry from the beginning of the colonial period. It boasts a population of 8.4 million people, second only to Ontario. It is rich in natural resources and agriculture. Mining and manufacturing are major industries. Tourists flock to the region to see the fall colors, or to visit historic and vibrant cities such as Montreal and Quebec City.

Quebec was originally the French colony of New France, founded in 1534 by Jacques Cartier. It was a French Catholic center of the New World and supplied the Old World with furs from the trapping trade. Over time, Britain, perennially at war with France, colonized the areas around New France. In 1774 the Quebec Act added the region to the British colonies in exchange for Guadalupe. The French-Canadians were permitted to retain their language, religion, and culture, and were largely left to themselves until 1841. An uprising led to the province being more fully enveloped by the developing nation of Canada.

In the nineteenth century, Quebec led Canada in the industrial revolution as it shed its agricultural identity. The St.Lawrence River aided in trade across the country and the area was thriving. Like the rest of Canada, Quebec has had its economic ups and downs, but it remains central to Canada’s economy.

Quebec has four landscape zones, temperate forests, boreal forests, taiga, and tundra. The temperate forest region is the southernmost range and this where most of the people reside. The boreal forest, basically untouched and wild, stretches over most of the province. Elk, deer, coyotes, and wolves inhabit the region. North of the boreal forest, the trees and vegetation thin out in the taiga zone as the weather become harsher. Caribou are common. In the far north, the trees disappear and only lichen and mosses can survive in the tundra. Here, polar bears roam free.

The weather is affected by cold currents from Labrador and hot currents from the Gulf of Mexico. The summers are generally cool and pleasant. The winters can be very severe with many inches of snow and frequent ice storms.

25% of all manufacturing occurs in the Province of Quebec. It is known for textile factories and food production. It has many woods, pulp, and paper facilities and it also provides a large amount of hydro-electricity to the rest of the country. In the latter half of the twentieth century, Quebec began moving away from manufacturing to focus on technology and infrastructure, and several of Canada’s largest tech companies are in the province.

Due to the proximity to the St. Lawrence River, the transportation industry grew from the early pioneer days to present. Main offices for Air Canada and the Canadian aerospace program are located in Montreal. The many harbors in the province make Quebec a major player in international cargo shipping.

Most of the timber is from the temperate forest zone. Some are kept in Quebec for local manufacture, and the rest is exported, primarily to the USA. Quebec is among the top producers of pulp and paper, globally. The important resource is protected by reforestation and careful harvesting.

Quebec’s land is rich in minerals, and mining is extremely important to Canada’s economy. It is known for asbestos, gold, tellurium, titanium, and columbium. Mica, silica, granite, peat, and other industrial raw materials are also in abundance. The area is striving to balance mining with environmental protections.

Besides fur, agriculture was the basis of the early colonists’ livelihood. The region around the St. Lawrence River is exceptionally rich and has supported various crops over the centuries, including wheat. Currently, the largest sectors are dairy and pork, accounting for a little over 10% of Canada’s agricultural output.

Quebec attracts many visitors annually, for both its natural beauty and historic cities. The fall colors are renowned, and the region is full of lakes and rivers. Montreal and Quebec are flourishing cities with amazing food, hot nightlife, and ample shopping. In Montreal, explore the 1976 Olympic Park and Biodome or the Biosphere in the site of the 1967 Expo World’s Fair. In Old Quebec, walk along the centuries-old wall and explore one of North America’s oldest still existing streets. Quebec City is an important stop for many cruise lines, either to continue down the St. Lawrence River or to explore New England or the East Coast of Canada.

Quebec is the only province in Canada where French, not English, is the primary language. French food and culture pervade the area, and every effort is made to preserve the rich culinary and cultural heritage. During the nineteenth century, Canada welcomed immigrants from Ireland, Southern Europe, and diasporic Jews, many of whom settled in Quebec and now mix Francophone culture with their own traditions. During the twentieth century, Quebec saw many immigrants from former French colonies make their homes there, emigrating from the Middle East and Northern Africa.

Both a source of pride and concern, the melting pot of Montreal and Quebec has enriched the area with new customs and foods. But many in the region fear that the new immigrants threaten the French way of life, and the province tried to pass legislation, similar to those in France, limiting religious attire such as headscarves and turbans. Most Canadians objected, citing the nation’s strong tendency toward freedom of religion and expression.

Most of the Province is sparsely inhabited, and natural wonders abound. There are three national parks, breathtaking waterfalls, fjords, and archipelagos. Camp, canoe, hike, and bike through La Mauricie or Mont Tremblant National Parks, or view the night heavens in Mont Megantic National Park. Experience the fjords at the mouth of Saguenay-Saint-Laurent rivers in Saguenay National Park. Both the Montmorency Falls and the Sainte Anne Falls are higher than Niagara Falls and less touristy. Take a boat to visit the Magdalen Island Archipelago or the Mingan Archipelago or kayak around Percé Rock. Land, sea, river, and gorge, Quebec has every natural escape imaginable.

Industrial fishing, although not the largest fishing center along the Atlantic coast, does have a large impact on the local economy. Shellfish are the most common catch, followed by groundfish and pelagic fish. The Gaspé Peninsula is known for commercial fishing, and accounts for most of the province’s fisheries.

How much does Quebec contribute to Canada?

Quebec adds to the richness of Canadian life. It is well populated, as compared to other regions, and offers economic wealth as well as rich culture to the fabric of Canada. The French history of the province is intertwined with the British colonialism, and the modern French-Canadian culture is unique to the country. The very existence of an exclusively French-speaking province in an Anglophone country has protected multiculturalism throughout the country, including setting precedents that protect First Nations’ rights. The industrial and agricultural output from the region add to the Canadian gross domestic product (GDP), and the products themselves are unique. Nearly 20% of Canada’s GDP comes from Quebec as well as nearly 30% of the electricity.

Why does Canada not want to lose Quebec?

If Canada were to lose Quebec as a Province, it would lose an important aspect of Canadian pluralism. The unique culture of the region, although very different from the rest of the nation, enriches and influences the overall Canadian Culture. A province with an uncommon perspective has challenged and shaped Canadian laws, culture, and national identity. In addition to losing a quarter of the manufacturing capacity of the nation, Canada would lose an important source of timber, asbestos, titanium, and columbium. Canada would also lose an important segment of the tourism industry, as Montreal and Quebec City draw many visitors interested in seeing a European destination on North American soil.

Although Quebec is separated from Canada as a whole by language and culture, the inclusion of an exclusive and uncommon region creates a better Canada. The French-Canadian traditions have influenced the Canadian government and culture for the better, and, although tensions flare-up between the province and the rest of the country from time to time, the lessons learned from inclusion far outweigh the potential losses from losing the region. In addition to the profound cultural impact that Quebec has on the nation, Canada would stand to lose a significant portion of its economy and population since Quebec is the second-most populous region.