Canada is the second-largest country in the world by land area, meaning that if you are thinking of moving to Canada, there are plenty of options of places for you to move to, whether you are looking at a big city, or considering somewhere in the countryside, there is always a place to suit your needs.

In this article, we are going to be looking at the pros and cons of living in Alberta’s capital city Edmonton, so if this city is on your list of considerations, then read on to help you get the information that you need.

Let us start by taking a look at the pros;

Positives of living in Edmonton 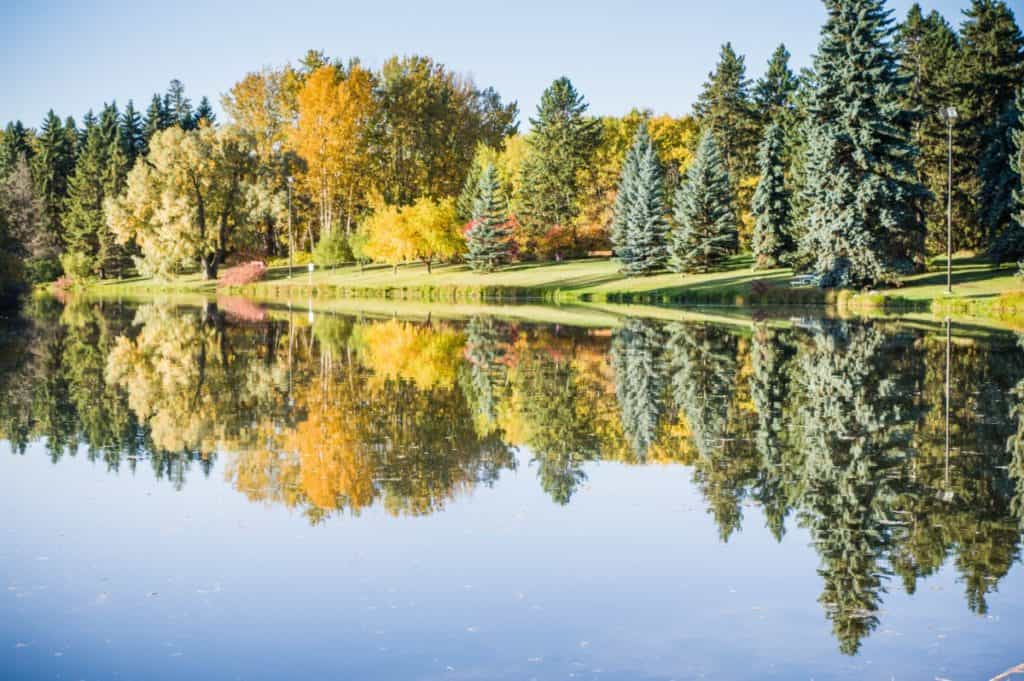 In Edmonton, you will never be short of friends as one of the most frequent remarks that tourists or new residents make is about the friendliness of most of the people in the city.

Edmonton isn’t a particularly big city which always helps, as it promotes a more neighbor-friendly feeling and a community vibe throughout.

You don’t need to worry about asking someone for directions, or for a favor, or trying to make friends in your local bar as all in all the people you approach will be more than happy to help you or speak with you.

It may seem unbelievable that you can have a city full of friendly faces, but the slower pace and down to earth nature of the residents means that you will always feel welcome.

For this reason, it is also a great place to be if you are planning on coming here with a small family, there are a large number of areas in the city that are very family-friendly, and are therefore suitable as a place to raise children.

There is a very good reason why Edmonton is given the name of the ‘Festival City’, it’s because there are more festivals in this city than anywhere else in the country.

The number of festivals that happen annually is staggering, with a huge variety to say the least. There is a festival to cover any interest you might have including food, art, religion, folk, and the regular festivals for the different national holidays, and on top of all this, they also host the biggest theatre festival in Canada. With more than fifty festivals occurring each year, there is something happening every single week.

Perhaps it is because it is considered to be a prairie city, or maybe Edmonton is just trying to attract as many people as possible, but either way, you get to enjoy the benefits of low rents across the whole city.

The average rent prices are cheaper than cities like Toronto or Vancouver, and they are also cheaper than its neighboring city of Calgary. Of course, you have to shop around, but you can find rent on a one-bedroom apartment for just over $800 per month, you can expect to pay up to a thousand dollars if you are more choosy about size, and location, but if you are wanting a cheap place that is comfortable and does the job its supposed to do, then you can live a much more stress-free life with the low rental costs.

This is an important one and one that people definitely want to know about when they are looking at a list of options for places to move to.

Edmonton really has a great economy; when it comes to employment the city fairs quite well, while the province as a whole has regularly had a higher unemployment rate than the national average, Edmonton on its own does much better, ending the year several times over the last few years with the lowest rate of unemployment in the province.

There are struggles in finding a job, as there are in all places in the world, but statistically, your struggle should be less here.

The city has seen a high population increase over the last ten years with many people moving there to study or find work, which means there is more income for the city from the new residents paying the various taxes.

More income has meant that there has been more money invested into the city, more jobs have been created from this growth, and alongside it, the average salary has also increased as a result

The expansion of this city is nothing for people to worry about, it is a comparatively small city, and the increase in population is leading to lots of positives things. Even in just the last five years, job opportunities and incomes have risen far more than anyone would expect.

Another positive effect of the cities strong economy is the attraction of private investors into a variety of sectors. People might not associate Edmonton with being the most lively or the most vibrant of cities, but there is no doubt that with the stream of investors, and economic growth, Edmonton will have a very different reputation in the future.

Edmonton is a picture-perfect place to look at, the greenery throughout and around the city is simply beautiful, and the heavy snowfalls never take any beauty away from this place.

It has a fantastic combination of a city skyline while also looking like a gigantic park at most angles, think of a Central Park landscape, but literally twenty times bigger, the views in this city are stunning so it is best to pack a camera before you go!

Now for the part, no one wants to read, the cons;

Cons of Living in Edmonton 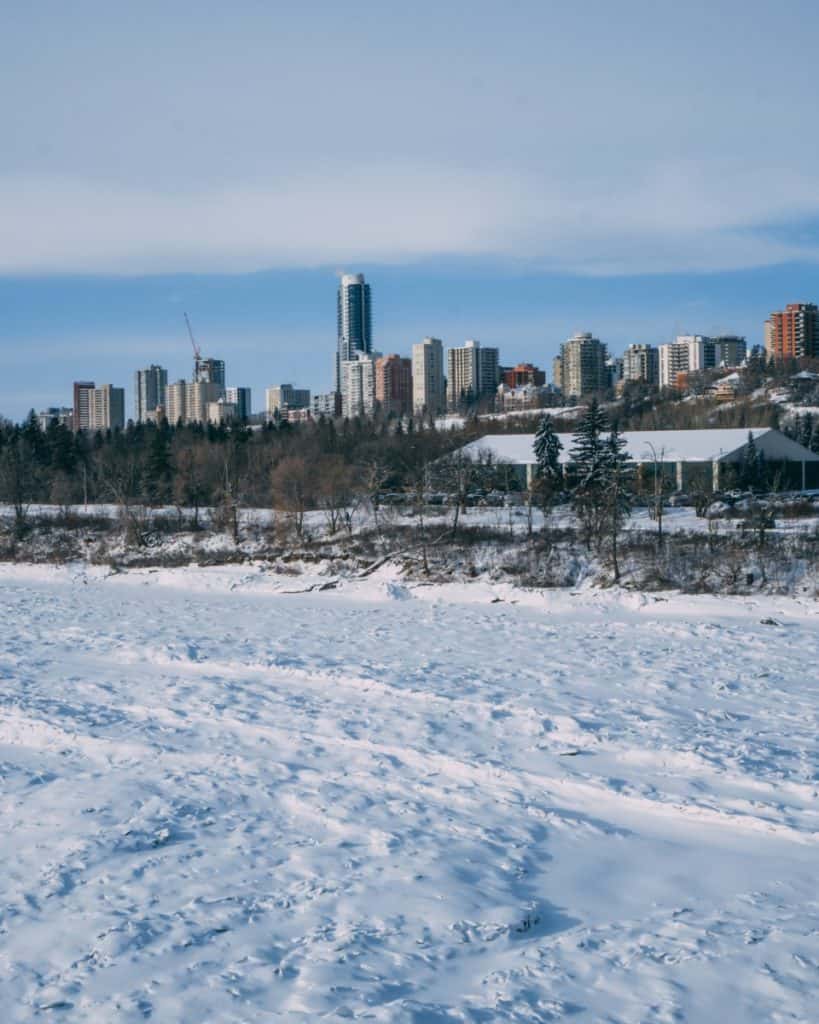 Due to Edmonton being situated in fairly north compared to other major cities in Canada, it is certainly a cold city for most of the year.

You should expect temperatures to get to be below zero for around six months of the year, and even when the weather picks up in the summer months, the maximum you can hope for is the low twenties, with some days not getting beyond around twelve degrees.

You never really feel like you get a real summer in Edmonton, and you will definitely find yourself dreaming about taking a holiday to warmer climates to get a break from the cold.

However, one bonus point is that there is relatively low rainfall, so you might be cold, but you won’t often have to deal with cold rain ruining your walk to work every morning.

Edmonton has a higher than average number when it comes to violent crimes, in fact, the city has been higher than the national average for the last nine years, and unfortunately, despite the government and local officials saying at various times they were working hard to decrease the number, as of now, there have been good times, but overall, the change is not happening fast enough.

Their high rate has been put down to the fact that Edmonton is quite a ‘young’ city, with a lot of the population being younger people, therefore there are higher than average gang numbers in particular places.

It should be noted that the vast majority of all violent crimes in the city happen between gangs or affiliates, and the overall crime rate for a petty and non-violent crime is nowhere near as high. There are plenty of safe areas in the city, but it is worth looking into the areas that are best avoided.

Okay, to be completely fair, this problem mainly affects the roads rather than buildings, but this is a big problem if you need to drive to work, or even just want to be able to jump in your car and explore the city when you want.

Like with most cities that have long harsh winters, the roads struggle to hold up against the snow falls, so the city is often left with far too many roads that are cracked, or full of potholes.

What’s more, because the snow can drag on for months at a time, fixing the roads is not a fast process, but as soon as one is fixed, another has fallen into disrepair.

It is an unfortunate side effect of bad weather, and as much as the city tries to do its best to keep onto of the problem, they will always be fighting a losing battle, however with a little extra care when you are driving, and it shouldn’t have too much of an impact on your day to day life other than a little bit of frustration at times.

Predominantly, Edmonton might not be everyone’s first choice of city to move to in Canada, it’s not because Edmonton doesn’t have enough to offer, it’s because there are so many beautiful and diverse cities in the country, that it is simply hard sometimes to narrow down your options.

But, Edmonton does have plenty of great points, with the people frequently moving into the city to start a new life, or study at one of their top universities saying that it is certainly a happy place to live, so it may just end up being your new home after all.