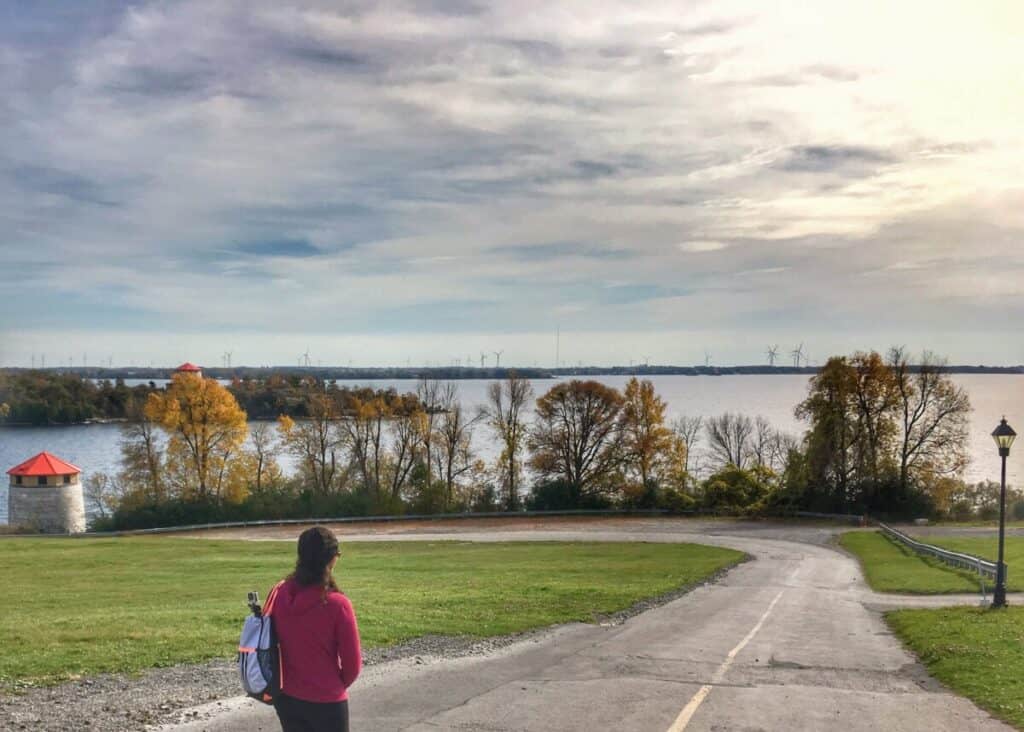 The province of Ontario has more than fifty cities, all with their own unique features, lifestyles, and communities. One such city in the east of the province is Kingston, where roughly one hundred and forty thousand people share this beautiful place. This city is popular with tourists and locals and has a lot of character, so in this article below we are going to look at the pros and cons of living in Kingston, for you to get an idea of whether this is the kind of place you want to move to. Read on below to find out everything you need to know; good and bad.

Pros of Living in Kingston, Ontario

It will take you less than two hours to reach the closest border crossing that takes you into New York State; being able to drive to the U.S in a little over two hours is a massive convince as it opens your world up to explore a new country and culture. You can pop over the border for a day trip, a shopping trip, and a night out.

Domestically, you can reach Toronto in around two hours, or Mississauga which is just ten minutes further along. Again, these are brilliant cities for you to explore with your friends, or have a weekend with your family. Being so close to major Canadian cities, and also the border into the U.S allows you to have the best of both worlds and experience twice as much fun.

Lake Ontario is stunning, you only need to look up pictures on the internet to see how beautiful it is, pictures are enough to make you crave living there, and it is a huge advantage to your life to be able to live somewhere that has something so lovely that you can visit every day. There are also water sports at the lake so you can learn to paddleboard or go wreck diving. On top of this, the city has many hiking trails so you can spend your weekends breathing in the fresh air and getting to know the surrounding areas; Rideau Trail Association, Lemoine Point Conservation Area, and Trailhead of K&P Rail Trail Connector are just some of the trails available around the city, with each one taking your breath away as much as the next.

Even in the city, Kingston is a beautiful place with its Limestone buildings lining every street. It is not often that you can have a city that has a great balance between city and nature, but Kingston manages to tick both boxes.

Whether you like to take part in sports, watch sports, or talk sports, you are in for a real treat in this city. Kingston is obsessed with sports and has everything you could ever need to practice, partake, and watch. Kingston is famous for many of their teams and players in hockey, rugby, golf, and curling, and have had many residents end up in the NFL, CFL, and soccer leagues. There are also events for land bowling, volleyball, fresh water diving, and sailing. There really isn’t a sport that Kingston can’t organize or help you get involved in: and with so many free sporting events open to the public throughout the year it’s also the ideal opportunity to make new friends and join the community.

Kingston has been voted the most cyclable city in Ontario! The sprawling city streets are filled with wide pavements and plenty of bike lanes with the city council spending vast amounts of money in ensuring that the city is easy to navigate on a bike and by foot. Not only does this help the environment, but for anyone who prefers to get in a bit of exercise during their commute rather than dealing with traffic, this is the perfect city to bike to work. As detailed above, the city council of Kingston takes sports very seriously, and it’s great to live in a place that helps ordinary residents get involved in exercise and outdoor life, and not just those who are destined to be professional athletes.

Cons of Living in Kingston, Ontario

Even though Kingston is not a particularly big city, with only around one hundred and forty thousand residents, the cost of living here is fairly high. Of course, affordability will depend entirely on your income, but if you are looking at average income versus average expenses, there are definitely cheaper cities in the province. The main problem with the cost of living is rent prices, it is not common to find a large number of people living there who are spending more than fifty perfect of their salary just on rent.

There are two main reasons for the high rental prices; firstly, the location of this city. It is right on the shoreline of Lake Ontario and a feature like this immediately pushes prices up regardless of if the city has anything else to offer. People are willing to pay good money to live next to lakes and ocean fronts, so, unfortunately, you are paying for the privilege of being close to the lake even if you can’t see it from your apartment. Secondly, in recent years there have been a lot of housing developments, which in turn raises the average prices. There more properties there are being rented, the fewer there are being bought, and the rental market prices start to spiral out of control.

It is not impossible to live comfortably in Kingston, as mentioned earlier it will depend on your income, and if you are willing to living in outer parts of the city. However, it is not all bad news, one advantage of the cost of living is that the city scores quite low when it comes to other expenses such as public transport, car insurance, groceries, entertainment, clothes, and eating out. The housing market might be tough, but day to day expenses help soften the blow a little bit.

You can find out more about the cost of living in Kingston, here –

And for those of you who are interested, you can get an idea of the price comparison of the cost of living between Kingston and Toronto. A lot of people will be familiar with how expensive it is there, so while Kingston can also cost a lot more than other cities, it is still a cheaper option when weighed up against a city like Toronto – https://www.numbeo.com/cost-of-living/compare_cities.jsp?country1=Canada&city1=Kingston&country2=Canada&city2=Toronto

Statistically, it is no harder to find a job in Kingston than it is in most other areas of the country. At the start of 2020, the average unemployment rate for Canada was around 5.7%, and the rate for Kingston in the same period of time was also 5.7%. The unemployment rate for this city ranges from about 5.2% up to 5.9% depending on the time of year, or other economic factors.

Now, truthfully, even though 5.7% is the national average, it is still not ideal. It is higher than anyone would like it to be, and getting a job won’t be the easiest thing. However, there are still jobs available, but if you plan on living in Kingston, you should adjust your expectations to know that you probably won’t get the job you want right off the bat, and you will probably have to settle for an interim job while you search for the one you are after.

More or less half the city is taken up by students, there is somewhat of a divide between the student population and other residents. That divide won’t make much difference to your life, as overall, everyone here is very friendly, but just know that if you end up living anywhere near the university campus or student living areas, then you can expect to hear a lot of noises at all hours of the night.

During the summer in Kingston, the sun comes out, but so do the creepy crawlies. Summers here can be extremely humid, and while that in itself isn’t much of a problem, there are plenty of bugs and insects that love the humidity. Add this to the fact that the city is along the water, and you have a breeding ground for gnats, midges, and mosquitoes. It is an annoyance more than anything but going through the summer being bitten and having itchy skin can be too much to bear for some people, so make sure you have your bug spray at the ready.

Kingston is a beautiful place that offers so much in the way of views and nature, the people here are kind and will make you feel welcome. It might be tough at times in the job market, but then again, where isn’t. Living in Kingston certainly has some great advantages, and walking along Lake Ontario every day will be a dream for many!

link to How Much does it Cost to Rent a Boat in Toronto?

Boating is a fun pastime, but not a lot of people own their own boats. They can be expensive to buy and maintain, so renting a boat is a good short-term option. The cost to rent a boat in Toronto...

Continue Reading
link to How Much Does it Cost to Rent a Boat in Vancouver?

Who doesn’t love a day out on the water? Renting a boat can be such a fun and relaxing way to spend the day. Vancouver, British Columbia is a beautiful city located on the west coast of Canada. It...