Toronto is, with no doubt, one of the most developed cities in Canada. This is the largest and the capital of the province of Ontario. Considering it’s a metropolitan city, there are possibilities that some of the areas in Toronto or the neighborhoods experience some sort of crime and violence making them the worst neighborhoods.

This article is a comprehensive list of the worst neighborhoods in Toronto.

The list of the Neighborhoods described below is just an example of neighborhoods that has a high number of incidents based on Toronto standards.

If you compare the numbers with other cities like New York, you will notice that all these neighbors are safe.

If you live in any of these Neighborhoods, you probably won’t have any problems, but it’s important to be aware of the numbers and “bad” areas.

Talking of the worst, most of the discussion will dwell on the rate of crime and violence as the definitions of these worst neighborhoods. Let’s get into it.

During its development, Regent Park was being set up to cover citizens who were poor and not for permanence.

In the long run, everything changed, Regent Park no longer acted as a transitional’ area but it became one of the permanent and poor areas – it’s still the case up-to-date.

Regent Park is faced with a sea of challenges ranging from improper housing to poor education. However, there are currently plans to make it a better place.

Due to the state of the impoverishment of the Regent Park, high crime rates have been reported making it a very worst neighborhood.

The crimes experienced in Regent Park include crimes against people and against the property.

From a factual point of view, you can easily tell that the crime against property is triggered by the meagerness of properties required by people to survive.

It turns out that poverty and scantiness are very dangerous and they are the main causes of violence in Regent Park.

Statistics speak for themselves, right? Here are the crime statistics in Regent Park; In the area around Gerrard Street to Dundas Street, there is an average crime rate of 11.97 per 1000 people.

If at all you want to remain safe in this area then, you need to carefully study the surrounding since most of the streets in these areas have a high rate of crime. This is most important when you are new in Regent Park.

This is one of the densely populated areas in Canada. It is also the largest high-rise community in the entire country. Its location is between Parliament Street and Sherbourne Street.

The crime rate in this area is also high but not like Regent Park. Once, St. James Town was one of the voguish cities in Toronto but things changed making it one of the poorest Towns in Toronto.

The dense population in this community might have been one of the causative agents leading to exiguity. Currently, it is the most densely populated community in Canada and perhaps fits in the record in the whole of North America.

The average crime rate is 10.44 per 1000 people and 24.97 per 1000 properties. The crime-related activities in St. James Town are theft, robbery, and sometimes murder not to mention assault.

This is another Toronto neighborhood situated in the former city of North York. To the north, it is bordered by Eglinton Avenue and to the East, West, and South, it is bordered by the Don River. The area has a good number of commercial offices, apartments, and single-family homes.

So, are there any crime rates in Flemingdon Park? Flemingdon Park has made it to the list of the worst neighborhoods in Canada and that translates to a bad picture.

Regardless of the good stuff and amenities in this area, crime and violence aren’t an exception.

It is possibly one of the notorious Toronto neighborhoods and some of the high schools in Flemingdon have a high rate of crime and violence.

It has been aforementioned that there are apartments in this area.

This is one of the biggest causes leading to the crime rate since the apartments leave a little space for houses that people would live in. besides, there are no businesses nearby for people to engage in which has seen it achieve a good number of crimes rates.

The crime rates are also a result of poor security. To be safe, you have to ensure that you focus on security services whether at home, on the street, or at school.

It is located in the South of Dundas Street, and in the area around Parliament Street and Jarvis Street. Talking of property crime, this area holds some high records. Moss Park is ranked first in terms of violent crime.

Weston is also located in the former city of North York. Recently, Weston was an independent town named Town of Weston.

Weston is one of the towns with many streets such as King Street, John Street, and Church Street.

Weston also has apartments and towers and a few single-family homes.

Just like other neighborhoods, there are crime rates in Weston. Due to the big number of streets, the crime rates are categorized according to the street or region, this will also make you understand better. Check out below. 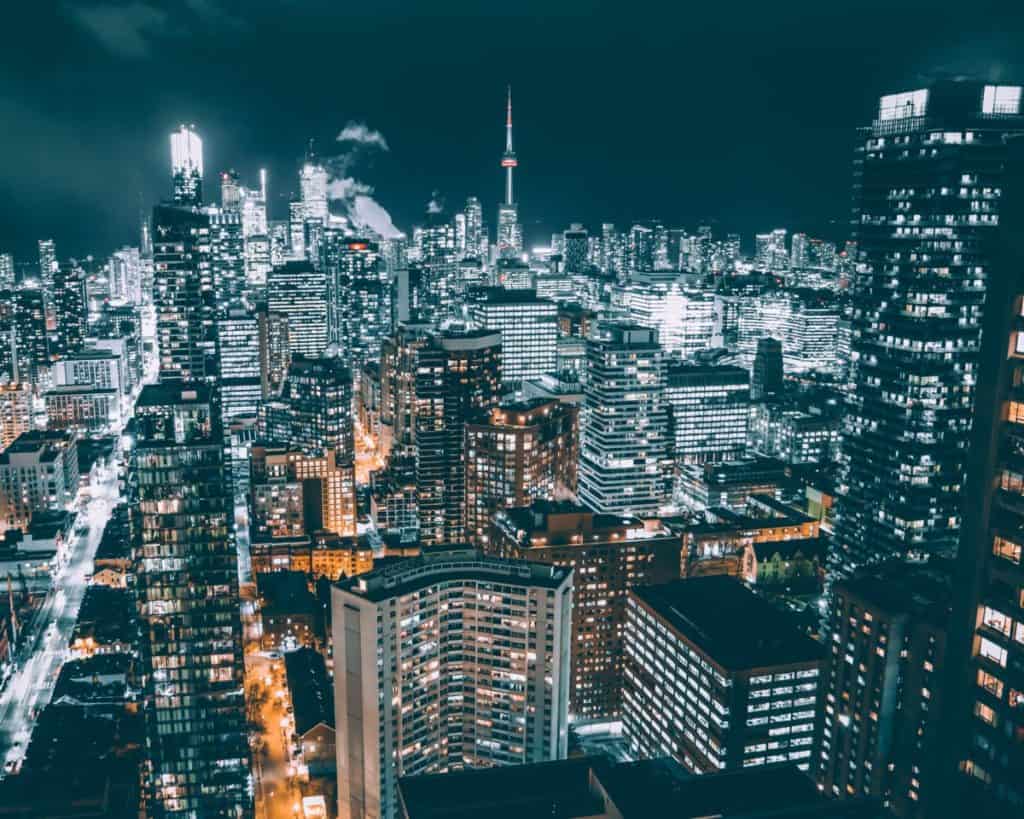 Bay Street Corridor is also called Bay Cloverhill. It is one of the downtown Toronto neighborhoods situated along Bay Street.

Bay Street has a good number of high-rise condominiums, office towers, and apartments. Bay Street is also located in the center of downtown making it rich in restaurants, stores, and bars.

The information below summarizes the main areas where crime is dominant.

Statistics show that the Bay Street Corridor is one of the worst Toronto neighborhoods with the highest rate of burglary.

The Beaches is also called The Beach and it’s one of the Toronto neighborhoods. It is situated in the East of Queen Street. This area is commonly known for the beach, the single-family homes, and the commercial district.

Most of the neighborhoods that we’ve seen before experience a very big difference in the crime rate of people and that of properties.

However, The Beaches show a different trend since both of these rates is almost equal – they both stand at around 7.8 per 1000.

It is located in the West of Toronto. Sometimes it’s referred to as the Old Toronto. For convenience purposes, look at the list of different regions with their crime rates below;

These rates are comparatively low but due to the increment of large homes in the area, the chances of crime rate getting higher are increasing since robbers will be attracted by the fact that they can get a big heist when they rob large homes.

It turns out that security needs to be prioritized and ameliorated if all these are to be avoided.

From its name, you can tell its location. It’s located near Casa Loma in Toronto. It borders Bathurst Street in the West, Spadina road in the East, St. Claire Avenue in the North, and Railway Tracks in the South.

For safety purposes, you need to be conversant with how the people in the area operate and if you feel it’s not safe for you after, maybe, experiencing episodes of crime and violence-related activities, you can easily leave for a better place.

Just like Regent Park, the annex is also situated in downtown Toronto. It’s found between Bloor Street and Dupont Street.

There are many students who stay in Annex since it is located close to Toronto University campus. Besides, other professionals stay here apart from the students. Also, single-family homes are found in large numbers.

The annex is one of Toronto’s worst neighbors since it has some levels of crime and violence. It is also important to know that Annex is highly populated.

Crime against people is comparatively low. Also, the crime rate is different among different regions in the area.

The North-Western region has an average crime rate of 4.4 per 1000 people and 19.15 crimes against property.

Lastly, the Southern region experiences an average crime rate of 8.29 per 1000 people and 30.69 against 1000 properties. This area has camera equipment such as surveillance cameras but not every part of the area results in these statistics.

Near River Humber is located in this Toronto neighborhood city. It is also called Emery. It borders Highway 400 to the East, Sheppard Avenue to the South, Finch Avenue to the North, and Humber River to the West.

Humbermede consists of single-family homes and schools such as Gulfstream Public School. For a comprehensive list of the crime rate among different regions in Humbermede, check out the information below.

Crime rates are different throughout Riverdale which is why the list below is necessary.

The list would be incomplete without including this Toronto neighborhood situated on the East of the Don River.

Leslieville has a lot of stores and some green space that make it beautiful. Crime rates differ from one place to the other as shown below.

Given above are the 15 worst neighborhoods in Toronto though the list is long with other neighborhoods. As you have noticed, crime rates are the main factors that make these neighbors worse for Toronto.

For every neighborhood, some values have been given but as a reader, you should note these values keep on changing due to some factors such as improvement in security, changes in government laws, and more.

Therefore, these values may not be true always.

You can check more information about crimes in Toronto, by clicking on the official website from the police http://data.torontopolice.on.ca/pages/maps.