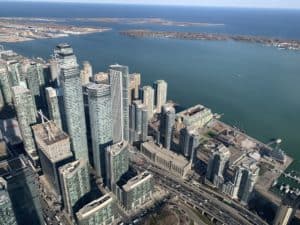 With a population nearing 3 million, Toronto is one of the most largely populated cities in the continent of North America and the most populated in Canada itself. Amongst these people are so many different races and cultures that the city is considered to be one of the most multicultural areas in the world and alongside this, Toronto has a lot more to boast about. The city is a hub for business, arts and finance, so it is little wonder that so many people are drawn to it as a tourist destination.

Surrounded by the wider Golden Horseshoe urban area, Toronto brings in an astonishing amount of tourists every year. In 2019, the city attracted a whopping 28 million visitors and made a staggering $6.7 billion. But with all of these people in one place, it would be easy to assume that Toronto was rife with crime and danger, the opposite is in fact, true. According to a recent survey, Toronto can lay claim to being the sixth safest city on the planet, falling behind Tokyo, Sydney, Osaka, Singapore and Amsterdam. However, as with any urban area, there are safety concerns especially for those who are unfamiliar with the location and in this article, we want to expand on how safe Toronto is, what to be aware of and how to remain free of danger on your travels.

Is Toronto Safe At Night?

For the most part, Toronto is pretty busy both during the day and at night and this translates into relative safety. It is one of the few cities in the world that are deemed safe for people, including lone females to wander in the wee hours. That being said, there are dangers to look out for as nowhere in the world is completely danger-free.

According to Numbeo, the majority of crimes in Toronto fall onto the lower side of the scale with an only petty crime such as vandalism and drug use being seen as moderate. However, also in the moderate category is the chance of violent crime like armed robbery or assault and whilst this is regularly infrequent for tourists, it is important to remain vigilant. In recent years, there has been a rise in crime but compared to other areas of the world, this rise is not detrimental to the overall safety of the city.

When walking through the city at night, there are some areas that are advisable to either avoid or ensure that you are with a larger group. Yonge Street is an impressive 53 miles in length and runs through the entire city of Toronto. Many of the main attractions are along this street or can be accessed via it meaning that, as a tourist to the city, you will likely spend a lot of time here. However, with the street often taking tourists through or past areas that are a little more sketchy, it pays to remain alert. At night, this becomes particularly important and if you can, take another route.

Another area that is advisable to avoid after dark is Cabbagetown. Whilst, according to Safe Tech Alarms, the area has only an average crime rate, this is higher than in some other areas of the city. It is important to remain aware of your surroundings and take extra precautions in your safety plan.

Some of the other areas that should be avoided after dark are Bloor, Queen Street, Dundas Street, Malvern, St Jamestown and College, all of which may become potential stomping grounds of less desirable folk when the sun goes down.

What About The Subway At Night? 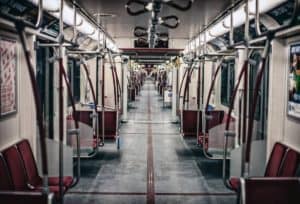 One of the easiest ways of navigating any city is to take advantage of the subway and Toronto is no exception to this rule. However, in a lot of places around the world, quiet subway stations make the perfect preying grounds for criminals during the hours of darkness.

This may be a cause for concern for those using the subway after dark but the good news is that for the most part, you will be reasonably safe. According to the locals, there are certain stations that are safer than others but travelling in pairs does make for an even better experience. What’s even more impressive is that if you miss the final trains at around 2 am, there is the option to take a night bus. Whilst this may sound ominous, it is known that there are a lot of people taking this each night so safety is rarely a concern.

According to people who live in the downtown area of Toronto, there aren’t too many safety issues. One of the most notable things about downtown Toronto is that, unlike other cities, there are many condos here meaning that there are always plenty of people around.

Downtown is home to many attractions and nightlife and this means that the area is frequently filled with both tourists and locals making it bustling even after dark.

One of the main concerns of Downtown Toronto is that there are many panhandlers who roam the streets asking for money and other items. For this reason, it is important to keep your belongings close to you as some may take an opportunity if it is presented to them.

Which Parts Of Toronto Are Dangerous?

One of the most notoriously unsafe neighbourhoods in Toronto is Jane and Finch. The reason for this is that there are much higher rates of unemployment in the area and you will find many single-family homes here. In addition, many of the building here are high rise apartments and crime rates here are slightly higher than in other areas of Toronto.

Another area of the city that is considered to have higher crime rates is Regent Part, whilst its regal name may sound appealing, the area is closely associated with gang crimes and violence and as such, regularly makes headlines. Similarly to Jane and Finch, Regent Park struggles with poverty and low-income families.

Moss Park is well known among those who live in Toronto and has a reputation as being run down and dangerous. There are many homeless shelters in the area and once again it is home to many properties with families on a low income.

What Are The Safest Areas Of Toronto?

In terms of safety and low crime rate, Toronto has many areas. These appeal to both residents of the city when choosing a home and to tourists spending a vacation here.

Forest Hill South is widely thought to be the safest place in the city and features some beautiful and grand family homes. In terms of crime rate, the area boasts the lowest number of violent crimes such as assault in all of Toronto.

Bridle-Path Sunnybrook-Yorkmills is very similar to Forest Hill South in that it is an extremely affluent area with many well kept, appealing residential properties. The area attracts many famous faces as a result of the very low crime rates. 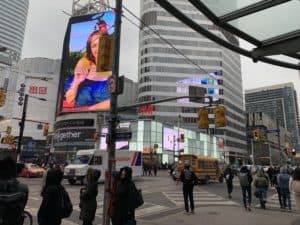 Despite being the sixth safest city in the world, there are potential risks when travelling to or living in Toronto. The majority of these issues are nowhere near life-threatening and in the safer neighbourhoods, you can feel confident that you won’t be needing to call 911.

Toronto, the capital of the province of Ontario is one of the most well-populated cities in North America and attracts a huge number of tourists seeking to explore everything it has to offer each year. Alongside such a densely-populated area is bound to come crime and safety issues but the difference with Toronto is that these problems are very rare.

The city is able to boast being the sixth safest on the planet and is home to many desirable areas, however, there are areas that are a little rougher around the edges and should be avoided after dark if at all possible.