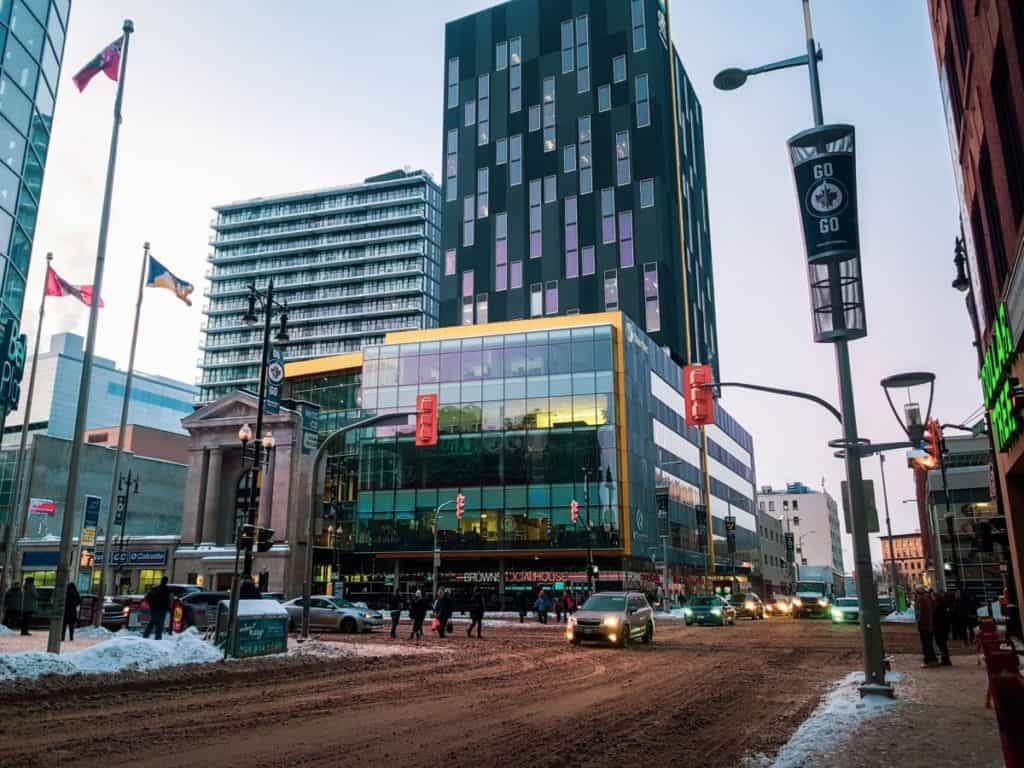 Centered around the Red and Assiniboine Rivers you will find the beautiful city of Winnipeg, the capital of Manitoba.

Like all great places in Canada, it is full of diversity and culture, community spirit, great food, and extremely close to some of nature’s most beautiful landscapes.

However, like with all cities, with the good comes the bad, and if you currently thinking of making a move to Winnipeg then it is important to know beforehand which are the worst neighborhoods in Winnipeg.

Unfortunately, the city has struggled over the years with its high crime rate mainly due to certain areas having problems with gangs, homelessness, and other economic issues.

But if you stay away from the wrong neighborhoods, you will seldom encounter a problem, therefore, check out my list below of the worst neighborhoods in Winnipeg, so you can avoid any troubles, and live life in peace.

This neighborhood is located in the inner city and has one of the highest crime rates in the whole city.

North Point Douglas has had to deal with a lot of financial issues in its time, which has lead to social problems, homelessness, and a high level of drug abuse.

Elmwood has a large problem with drug use that the police and council are struggling to contain. Because of this problem crimes such as break-ins, car thefts, and robberies are more common.

Located in downtown Winnipeg, South Portage is another neighborhood that is struggling to cope with persistent crime.

The most frequent crimes to be reported in the neighborhood are theft, break-ins, and common assault (usually as a result of a robbery).

Regrettably, such occurrences will always happen in areas where too many people have issues with drugs or are part of gangs.

The neighborhood of Polo Park in the west of the city has had a large number of reports this year of sexual assault, property theft, and common assault. The neighborhood doesn’t cover a large area, and it is easy enough to avoid.

This neighborhood has a reputation for having a notoriously high number of gangs, drug users, and residents living in poverty.

Their crime rate only looks to increase, and the levels of violent crime as well as petty crime, make this the worst neighborhood in Winnipeg.

While Spence has a negative reputation and is considered a bad neighborhood, many of the residents are doing their best to change things.

The most common crimes in the neighborhood are common assault, sexual assault, and theft of property, such as a car or bag, but a community association has been set up to work on rebuilding the community.

The association is available for everyone to use and goes a long way to not only organize activities for the younger residents but also gives people a space to go and keep them off the streets causing trouble.

For now, Spence is one of the worst neighborhoods, but hopefully, in time this could change with all the hard work residents are putting in.

With a higher than the average number of criminal reports, St. Matthews makes the list. The most commonly reported crimes are theft of vehicles, robbery, and anti-social behavior, with violent crime being far less seen.

Just like with Spence, a local community association has been organized to help anyone in need, and start reducing crime.

Just to the east in the city is the neighborhood of Regent, this one makes the list as one of the worst because they have a consistently large number of reports of assault, theft of property and robbery.

Regent is a little unusual in the way that is doesn’t border any other dangerous or bad neighborhood, it has the highest crime rate by far in the east area, and the surrounding neighborhoods are well known to be good neighborhoods with few problems; in this case, Regent is an anomaly.

Central Park is a low-income neighborhood, with the average income for residents being far lower than the average of Winnipeg.

Combine a low income, with a higher than the average number of gangs, and you have one of the worst neighborhoods in the city.

Overall, Central Park has a staggeringly high number of reports for homicide, robbery, and assault. While the city being so ethnically diverse should have been seen as a good thing, it has instead created divisions in the community, with the gang on gang crime being a frequent occurrence.

Knife crime is sadly high in the neighborhood of Central Park, and residents are frequently reminded by police to not go in, through or around the park grounds after dark.

There is a great deal of robberies and stabbings that occur in and around the park at night time, or in the early hours, so it is always best to avoid the area.

Central Park suffers from economic problems that largely contribute to their crime rate, this cannot change until the city starts to take more notice and helps improve the financial and living status of residents. 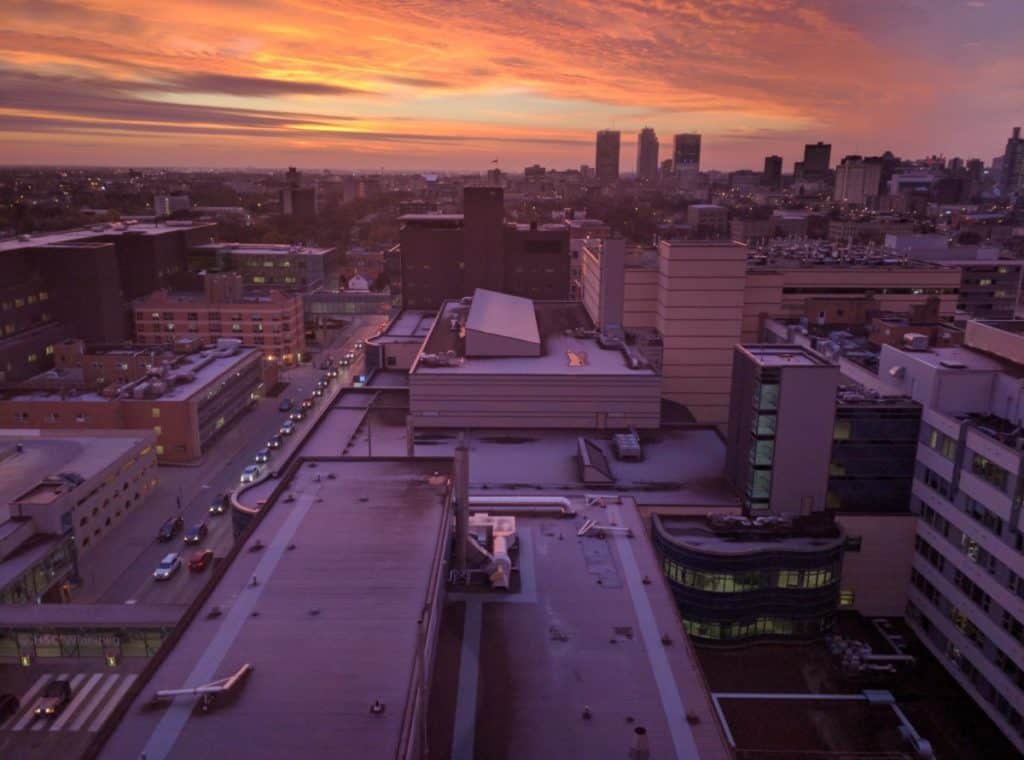 West Alexander is in an ideal location, it is close to any amenities you need, and most things can be reached in just a few minutes walking.

However, it does make the list due to the petty crime, and gangs that are known in the area. So, it might be tempting to live somewhere so centrally located, but it is probably best to be avoided.

There is also a higher than average concentration of bad neighborhoods in the center of the city, or the downtown area.

Of course, there are also great ones in the north, and some not so good ones in the south, but overall the north of the city has seen the biggest decline.

Decisions made by local politicians in the area more than a hundred years ago, set in motion a gradual commercial and housing decline that lead to social and economic problems, then onto the high crime rates of the last few decades.

Unfortunately, during the early 1900s, the south of the city was seen in a more favorable light than the north, especially after immigrants started to move into the northern neighborhoods.

Rich and powerful people in the south invested money into developing the south, but showed little regard for the north, due to the north now being labeled as “only a place for foreigners”.

The north was left to struggle, and more than a hundred years later, the results of such callous decisions can be seen today.

Crime in Winnipeg is very concentrated, and there are many neighborhoods that experience very few incidents of crime each year.

The Winnipeg Police have stated time and time again that they do not have enough police officers or resources to combat crime throughout the city as efficiently as they would like to.

The police are significantly underfunded which only causes an increase in anti-social and criminal behavior in already bad neighborhoods.

To help with the issues, neighborhood patrol groups have been set up, in particular, the group known as the Bear Clan, formed of volunteers patrolling unsafe, or bad areas, to help prevent as much crime as possible, and try to start rebuilding these once great communities.

Check out the link below from the Winnipeg Police Department, they issue an updated map monthly (albeit a couple of months behind), of the crime rates in each neighborhood of the city.

The neighborhoods highlighted in red on the map are the ones that have experienced high crime during that particular month. It is a great resource to have in order to keep up to date on the good and bad areas of the city.

Now, you have a good idea on the areas to avoid living in Winnipeg, you are better equipped at choosing the right neighborhood for you, or for you and your family.

It is important to remember that all cities have bad areas, this is unavoidable, so do no think that Winnipeg is not the right city to move to as we could easily tell you a hundred reasons why it is also a great place to live.

In total there are two hundred and thirty-six neighborhoods in the city, so there is no doubt, that the good outweighs the bad.

Get started today with this eBook “Living Abroad In Canada“