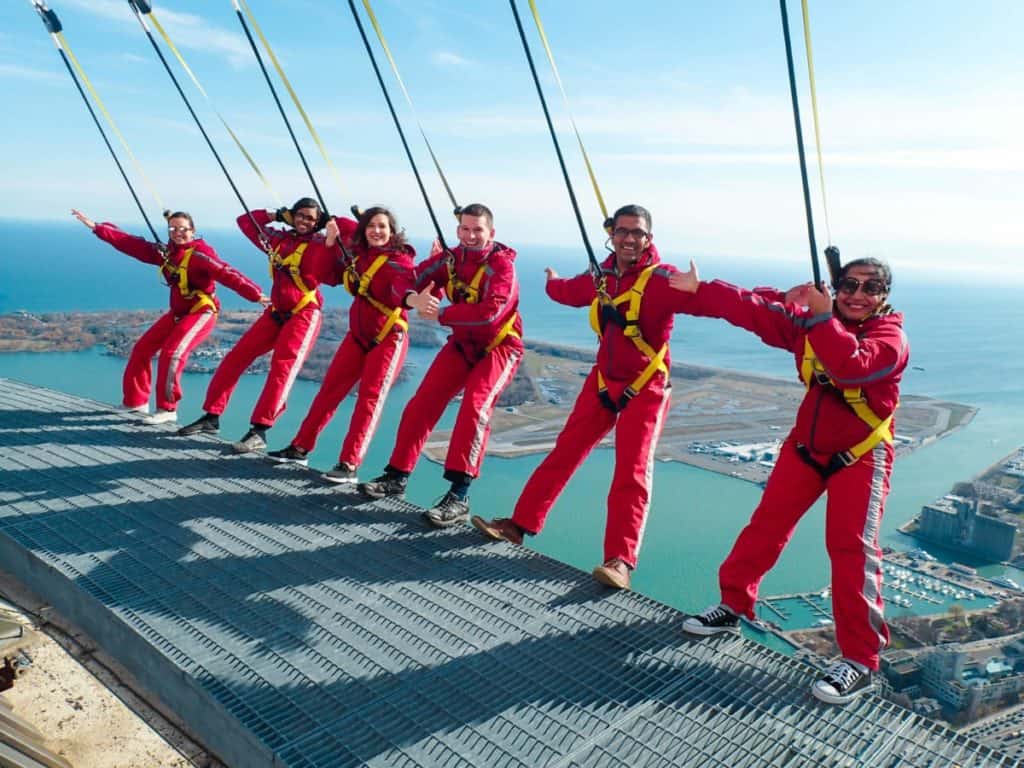 Canada is one of the countries that receive huge numbers of immigrants every year. You may also be planning to immigrate to Canada but you lack enough information about the various cities ranging from the interaction with people to the security level. Toronto and Vancouver are some of the best cities in Canada. In fact, they play a key role in seeing the whole country develop. Vancouver and Toronto are all great cities and your option in the city you’d like to migrate to among the two depends on different factors. For example, if you are on a budget and you want to immigrate to one of these cities, Vancouver would be better for you since the cost of living is slightly low compared to Toronto. However, considering a huge number of factors, Toronto is better than Vancouver ranging from the nightlife to entertainment and job opportunities. To decide which city is better for you, it’s important to learn what these cities can offer for new immigrants. Some of the key factors that the article will be covering include the economy of each city and the security. These factors are discussed because a good city to immigrate to need to have a stable economy and security among other factors. After reading it, you will be sure of the best city to immigrate to.
https://www.youtube.com/watch?v=T-h8hCOrYZc

What Makes Toronto Good for Immigrants?

There is a sea of reasons why Toronto has been receiving a great number of immigrants. However, we shall discuss some of the factors that have made many immigrants move to Toronto since different people immigrate to different places for different reasons. For example, I choose to immigrate to Toronto because I found a lot of job opportunities with my profile. On the other hand, I needed to be brave to deal with the long winter in Toronto.

The Economy of Toronto

In the whole of North America, Toronto is the second-largest financial center. The GDP growth of Toronto is increasing at a rate of 2.4% annually since 2009. Besides, Toronto’s business sector is also growing and expanding at a very high rate. This has seen other sectors such as the technology sector, fashion, and design, energy, food, and beverage, etc. develop in the outpacing rate too. In turn, the diversity in industrial growth has triggered innovations in the city and to the country as well. Toronto’s location has also played a key role in seeing the city developing faster than any other. It’s located near rivers and good harbors. The wide range of industries that have been discussed earlier offers a lot of job opportunities to the Canadians and to immigrants as well. In a nutshell, Toronto’s economy is very stable.

What of the Security in Toronto?

First things first, security is food for thought matter and if immigration is to be considered, the discussion wouldn’t be complete without talking about security which is why this section talks about Toronto’s security. Toronto is safe with a low crime rate. Being one of the largest cities in North America and the largest in Canada, Toronto receives a huge number of tourists every year. The fact that there is a huge turn up of tourists, youth-gangs have taken it an advantage which has seen them commit crime though at a lower rate. That’s natural, eradicating crime related issues in a country isn’t easy and sometimes it takes decades to have a very stable security system that will ensure there is no crime. However, the crime rate in Toronto has not affected its development and if it has then, it’s almost undiscoverable. In 2017, Toronto was the fourth safest city in North America among 60 major cities. This clearly shows that security in Toronto can be considered the least of your worries. With that said, being carefully is always good and it will help you a lot. For example, if you have some valuables, ensure you keep them safe. Talking of security, take these tips as a bonus.

In Terms Of natural beauty, What  Toronto Has To Offer?

Toronto has a lot to offer when it comes to natural beauty and parks. It has been aforementioned that Toronto receives a huge number of tourists every year, this translates to one thing – picturesque places and recreational services are available and uncountable. The following are just a small fraction of the beautiful places to visit in Toronto with just a brief discussion in each. These features plus many others can satisfy your pleasure needs. So, if you have been wondering whether Toronto has beautiful scenes then, get it clear that you will be spoilt with choices when it comes to the selection of the places.

What of the Cost of life?

In Toronto, it may cost one up to $32,885 per year. This amount includes paying rent, accessing entertainment, using the internet, fitness, insurance, and transport. This is quite expensive and not every immigrant can be able to incur that cost. Well, that was some useful information about Toronto worth-knowing. In the next section, detailed information about Vancouver is provided. After this, it will be easy to make a comparison between the two cities and find out the best for immigration.

What Makes Vancouver Good for Immigrants? 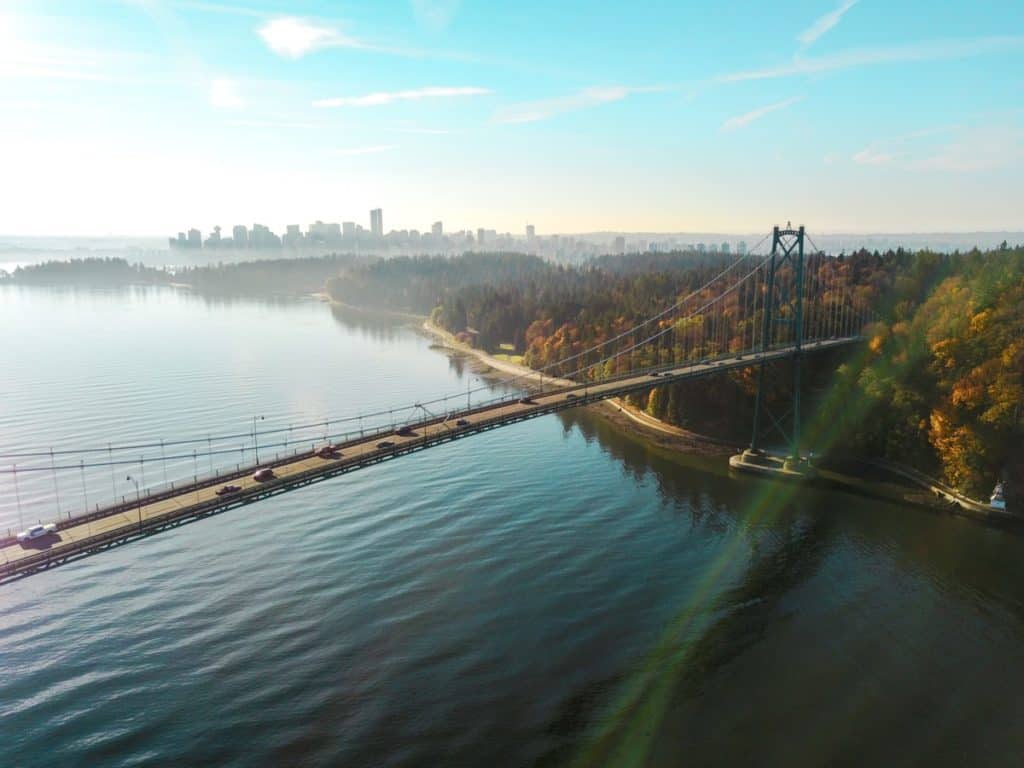 Vancouver is also a large city that has caught the attention of many immigrants due to a good number of reasons. Vancouver is also famous in different fields as will be seen later. Besides, there is a sea of industries that contribute a lot to its stability as a growing city in Canada.

The Economy of Vancouver

The economy of Vancouver is contributed by a wide range of industries. Technology is one of the industries that are actively growing in Vancouver and has played a major role in stabilizing its economy. It is this city that you will find top-notch universities where students specialize in different technology-related disciplines such as software development, e-commerce, and more. Tourism is also another sector that contributed to the economy of Vancouver. In 2017, over 10.3 million tourists visited Vancouver. This has been achieved through the presence of beautiful features such as mountains and beaches that offer picturesque scenes. In turn, this huge number has brought over $4.8 billion to the economy of Vancouver which also created over 70,000 jobs. Vancouver is also home for films and TV productions. Annually, the city hosts approximately 55 TV series and 65 movies making it the third-largest film and TV production hub in the whole of North America. Besides, mining, fishing, and forestry have, for long, dominated to Vancouver’s economy and they still play a key role up-to-date. It follows that the economy of Vancouver isn’t starving since jobs are available and multiple industries earn the city huge income.

What of the Security in Vancouver?

It has been aforementioned that Vancouver receives a huge number of tourists annually. This has been achieved through its beautiful and the level of security too. Tourists can’t risk their lives to visit areas that are full of crime and violence. Therefore, Vancouver is safe and the chances that you may be robbed or harmed are very low. However, there are few cases of violence and crime which are caused by gangs and drug addicts though occasionally. This means you should take of yourself and avoid doing anything that would sound like you are attracting the bad guts. The precautions that have been given under the security section in Toronto should be practiced too in Vancouver.

In Terms Of natural beauty, What  Vancouver Has To Offer?

Well, from the discussion, it can easily be deduced that beautiful sceneries and recreational services are there which is why the city has registered a big number of tourists. For convenience purposes, it is important to look at some of them.

What of the Cost of Living?

https://www.youtube.com/watch?v=b2YHBnw3-6g
The cost of living in Vancouver is relatively higher considering it’s a city. For example, a one-bedroom apartment can start at $1900 to something close to $3000 per month. The prices vary, in some areas, you will have to pay more than that for a one-bedroom apartment. This high cost has seen most people live in rental houses instead of buying their own houses/homes. Buying a one-bedroom apartment can cost you up to $600k. Other utilities such as electricity, gas, and heating can cost you up to $150 per month. One of the few things that have attracted most immigrants in Vancouver is its international standard and the theaters, amazing restaurants, music scenes, and more.

That was a piece of detailed information about Toronto and Vancouver. As of now, if you were planning to visit one of these cities but you were somehow stuck, this article should have helped you. However, some of the information provided here keeps on changing. For example, the cost of living in both cities change with time due to different factors. Also, the economy of each city keeps on growing. As a reader, who plans to immigrate to any of these cities, you will have to keep yourself updated with the current trends of your dream city.