Living in a city can seem like an overwhelming experience for some people and a dream life for others. Of course, there are pros and cons to living in any city regardless of what kind of personality you have, and the city of London, Ontario, is no exception.

So, whether you are trying to decide if you should move there in the future, or you already live there and need some inspiration as to what you can get out of your time in this leafy city, then read on as we explore in-depth the pros and cons you can expect to come across living here.

Pros of Living in London, Ontario 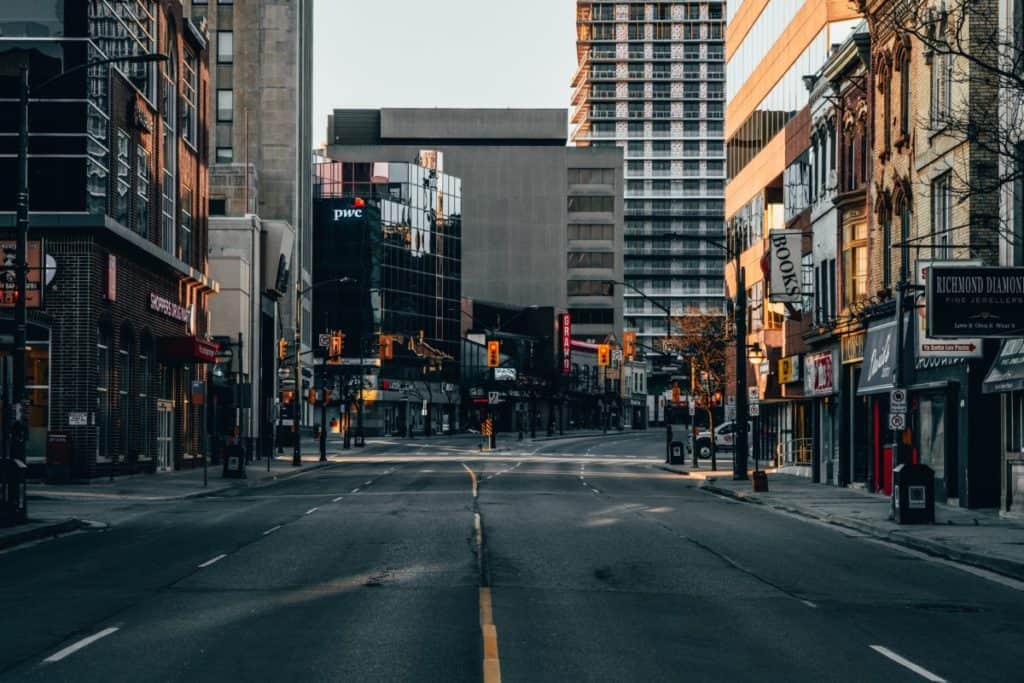 London is in a superb location; to the west of the city, you are only a two-hour drive away from Detroit which is great if you are a fan of their numerous sports teams, or want quick access to trips to America.

To the east, you are also only a two-hour drive away from Toronto, where you can experience this beautiful city and the contrast between nature and the bellowing skyline without actually having to live in the day-to-day chaos of it all, a day or weekend trip to Toronto every so often is more than enough to quench your thirst for this infamous place.

Additionally, you are less than two hours away from Niagara Falls which is something quite remarkable indeed to be so close to a site that people fly from all over the world to see.

Finally, to the south on the other side of Lake Erie, you have Cleveland which affords you the chance to fly to America quickly and cheaply any time the mood takes you.

London is a city surrounded by many other major cities and hotspots where you can experience different cultures, landscapes, and attractions right on your doorstep.

As far as cities go, London certainly isn’t the biggest, which makes a great compromise for anyone who is unsure or uncomfortable with city life.

Due to the lower population of around 400,000 (compared to London’s next closest major city of Toronto with around three million inhabitants), there is definitely a stronger sense of community and togetherness despite it being a city.

The community is tight; in general, you will find that neighbors actually know each other’s names, people will go out of their way to help you, and you won’t spend every morning being pushed off the sidewalk as you make your way to work.

Despite this city being in a prime location, its housing doesn’t reflect that as much as you would expect. Housing prices for buying and renting have increased a little over the last few years.

However, it is still one of the cheapest cities to live in the region.

Let’s start by looking at renting; on average a two-bedroom apartment will set you back just under $1,556 per month, and to buy a home will cost an average of $430,000. T

o put this into perspective for you, if we look at the same options for Toronto, the apartment to rent will cost more than double at just over $2400 on average, and to buy it doubles again with a price tag of around $900,000.

For two cities that are less than two hours away from each other, the difference in housing costs is staggering.

Not only can you expect much cheaper housing in London, but utilities, foods, and other necessities are all much cheaper, even if you compare them to other cities and areas in the region.

Furthermore, another expense that won’t break the bank is a monthly public transport ticket.

If you take public transport to work, you will pay $83 per month in London, compared to the $156 you would pay for the same service in Toronto.

Overall, the cost of living in this city is a huge positive and one of the many reasons that people who live there love this place.

Anytime you want to escape city life, you can head down to port Stanley, Erie beach, or Huron beach which are few minutes away.

It is the perfect way to unwind and leave behind city life for a while so you can recharge your batteries and not get too overwhelmed.

However, even when you are in the city, the tree-lined streets and spectacular Spring and Autumn colors are often all you need to feel relaxed in this city.

London is an attractive place for people to immigrate to, majorly due to the reasons above, therefore, there is a wonderful diversity in the city which gives you the opportunity to build relationships with an array of different people, and get the benefit from a large number of restaurants and eateries serving top-notch food from all over the world.

Make friends with people from countries you may never be able to visit in person and learn about foods and cultures that are as authentic as you can get.

Cons of Living in London, Ontario

Finding a job is usually the top priority for people when they move and it seems like there is nowhere in the world that doesn’t have a problem with unemployment in the last few years, and London is no exception.

However, it is not all bad news, during the year of 2019 the unemployment rate hovered between around 5.2% and 5.8%, which is certainly not ideal but it also isn’t the worst in the country or even region.

The number of jobs available has remained steady in 2020, and finding a job is by no means an impossible task.

But, this is where the con comes in; you see, you might be fine when it comes to finding a job, but you shouldn’t expect it to the be job you want or for it to pay how it wants it to.

There are plenty of jobs available but the majority are often low-level work with lower salaries, and even higher job positions don’t pay as well as they do in other cities.

You could end up having to face the option of settling for a job that you are overqualified for just because you need the money.

If having a high salary is what you are after or the need to guarantee you can work in your chosen field, then you might need to move to a bigger city to get that paycheck.

There are bars and restaurants and clubs just like anywhere else, but the night time scene isn’t that popular, there aren’t many spots to hang out at late into the night, and drinking and dancing, until 6 am, doesn’t really happen.

For a lot of people, they will celebrate not having to live amongst nightclubs and drunk people zig-zagging down the road in the early hours, but if you are a party goer then you will need to get your club scene fix in a different city, because in general, London is happier to sleep through the night.

It won’t come as a surprise to you that a city in Canada has a lot of cold weather. However, sometimes the constant bad weather can eventually get you down.

You will adjust to the cold and in fact, during the winter the temperature only drops a couple of degrees below zero on average, which compared to other parts of the country is considered warm.

But the constant dreary days, rains, and overcast skies are enough to make you go crazy. The temperatures might not be the worst, but you won’t see the sun half as much as you need to.

Additionally, London is located in the snow belt region, which tends to have more snow than usual.

Unfortunately, London doesn’t have enough resources to tackle its growing homeless problem. It is estimated that in downtown London there are around a thousand people living on the streets, and due to the lack of financial aid and planning, the figures all point to this number rising year on year.

It may not be fair to list this topic as every city in the world has to deal with this issue, but is it something to bear in mind as there is a correlation between the number of homeless and the crime rate.

Of course, it is extremely rare that you would get caught up in some petty theft or other crime in this city, but it is always something to be aware of before you move to any city in the world.

London has some remarkable qualities to it and by living here you can expect to experience great food, friendships, and the much sought-after balance between the city and nature. For everything that is bad about London, there are a hundred great things to experience instead.

This is the perfect city for literally anyone, and you are sure to feel at home as soon as you arrive.