As Canada’s second-most populous province, Quebec has a lot to offer in terms of living conditions and lifestyle quality. However, due to its geographic location and other factors, it also has some traits that some people may consider to be negatives.

Quebec has a population of over 8 million. Over half of this population lives in the metropolitan zones of its two largest cities — Montreal and Quebec City. Therefore, the pros and cons of living in Quebec can be divided along urban and rural lines.

In this article, we will examine the pros and cons of living in Quebec from both perspectives. If you enjoy the conveniences of highly-urbanized settings, or if a more rural setting is your choice, read on and discover what Quebec has to offer. 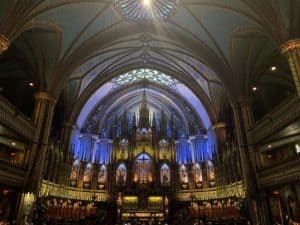 Pros of Living in Quebec

Quebec has three national parks. These are Forillon, Mingan Archipelago, and La Mauricie.

In total, these parks cover 927 km² (358 sq. miles). These parks are renowned for their camping sites, hiking trails, and wildlife observation opportunities.

Whether you live in a city center or a rural community, Quebec offers you easy access to pristine areas of nature through its National Parks.

The average cost per kWh in Quebec is $0.073. This can be compared to the national average in Canada, which is $0.174. Depending on what American city is used for comparison, the cost of residential electricity in Quebec is one-quarter to one-half of that in the United States.

This low price holds steady whether you reside in Montreal, Quebec City, or any of the rural communities across the province.

Across both city and rural environments, real estate and housing rental prices in Quebec are considered low.

Montreal, Quebec’s largest city, has an average home price of 72 percent of the Canadian average. The differential in monthly rent is also comparative. Overall, Montreal is ranked as the fourth least expensive city out of 68 top cities in North America.

Quebec City is ranked as the most affordable of the top 68 cities in North America. In terms of housing alone, the average price of a family home in Quebec City is 55 percent of the average home price in Canada.

With the vast majority of the population living in Quebec occupying an area with a humid continental climate, residents can enjoy four distinct seasons each year.

The summers are comfortably warm without being excessively hot. The winters are harsher than those accustomed to more southerly climates, but for some, they bring the scenic wonders of having the joys of snow during the Holiday season.

Metropolitan areas and the immediate suburbs are the ones that are most inconvenienced by heavy snowfalls. 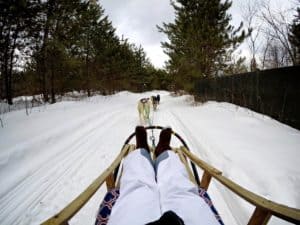 Quebquian weather also allows those who enjoy outdoor activities and sports to partake in a wide spectrum of options. Summer through mid-autumn allows for hiking, cycling as well as kayaking and canoeing. Mid-autumn through early-spring allows for winter sports, such as skiing, snowboarding, outdoor hockey, etc. to be enjoyed.

Both city and rural residents take advantage of this variety of summer and winter activities.

Cons of Living in Quebec

While the weather was also listed as a pro for living in Quebec, the harshness of the winters could be daunting for some individuals.

While some enjoy wintery scenes and winter sports, others may find the cold temperatures uncomfortable. People who are elderly or suffer from muscle and bone ailments might find Quebec winters too harsh for their liking.

During harsh winter storms, travel on the road and via air can also be interrupted. This can create slowdowns in the cities and potentially isolate more rural communities for days at a time.

Harsh winters require increased use of residential heating systems across Quebec. With the price of natural gas in Quebec being on average 63% higher than in the province of Ontario and other parts of Canada, the use of natural gas for this type of constant and frequent heating could be seen as cost-prohibitive.

This is why only an estimated 14 percent of households in Quebec rely on gas furnaces for heating. The remaining 86 percent of households use electric furnaces. Considering that Quebec has the lowest residential electrical costs in North America, this makes for a logical and practical decision.

However, as low as electricity prices are in Quebec, studies indicate that in homes that consume 20 percent above the average for heating will experience electrical bills that are close to being on par with the combined electrical and gas bills of other parts of Canada — negating the advantage of lower electricity costs.

This added use of electricity can come from homes that are not properly insulated, inefficient heating systems, or households with family members inside the home throughout the day. An example of the latter would be households made up of retired couples or homes with young infants.

Rural areas, where older structures are present or larger floor layouts require more heating, may feel more of a burden in this regard.

If you are not fluent or functionally familiar with the French language, living in Quebec might present a language obstacle for you.

Nearly 80 percent of the residents of Quebec speak French as their first language. As a consequence, signage is entirely in French without a requirement for English translations to be posted. This can be cumbersome for those who only speak English.

This impacts your ability to understand street signs and the process involved with filling out official forms. While official forms at the federal Canadian level are bilingual, forms at the provincial level — including most day-to-day operations, such as banking — are only in French.

Quebec is infamous for having the highest tax exposure for its residents in North America.

It should also be noted that in Quebec, you will also have to pay two types of sales taxes in addition to income tax. First, is the 5 percent Goods and Service Tax charged by the federal government of Canada. Additionally, you also have to pay 9.975% in a Quebec Sales Tax.

This means that for non-exempt goods, in Quebec, you must pay a combined sales tax rate of 14.975%.

5. Hard Liquor Is Cumbersome to Purchase

Beer is commonly and easily found in convenience stores and corner stores throughout Quebec. However, when it comes to wine and spirits, these are not so readily available.

The majority of good wine selections and all spirits and hard liquors can only be purchased through the Societe des Alcools du Québec (SAQ). This is a government-owned alcohol distribution network that has a legal monopoly on hard liquor and wine sales.

To purchase most wine and all spirits, you need to go to an official SAQ store.

Quebec has many positive attributes — from inexpensive electricity to fabulous scenery. However, for some, the weather and language differences might take away from its luster. It comes down to what you qualify as being important to your lifestyle that determines whether or not the province of Quebec is a place that you could comfortably call home.