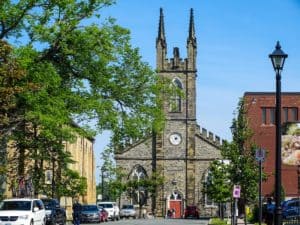 According to real estate groups, purchasing a house in New Brunswick is much more affordable when compared with the rest of Canada. There are many reasons why prices in this area have stayed historically low but one primary reason is the employment rate in the area. Unlike other areas of Canada which have high employment rates and a bustling economy, New Brunswick offers little in the way of employment.

The result is that most people end up having to commute to other areas for their jobs. Although possible, most homeowners prefer to live closer to their area of employment. This results in a buyers market where the demand is usually less than the supply. Although there have been some increases in housing prices over the past two years, the province remains one of the least expensive places to purchase a home in Canada.

New Brunswick is one of the Atlantic provinces of Canada and home to approximately 760K people. Although the region is scenic and known for its pastoral beauty, it’s not a densely populated area. In fact, forests occupy the majority of the landmass. The largest city in New Brunswick is Saint John which has a population of 140,000.

In direct contrast to this, Toronto has a population of 2.93 million. This significant change in population numbers means a great deal for the housing market. In an area like Toronto which is bustling, housing prices are some of the highest in the country. Residents want to purchase a home here but often have to settle for renting. The high demand and limited supply create a seller’s market. For anyone who wants to purchase a property, they often have to leave the city in order to find more affordable housing.

The population and demographics of an area significantly affect the cost of housing. While Toronto is a desirable place to live and many young people enjoy the area, this location remains a sedate area. There are certainly attractions and other things to do but it’s not a huge draw for people in most cases.

Historically, the region relied on fishing and agriculture for its workforce. Located on the coast with some small islands making up the region, their industries were primarily based in these areas. However, in recent years with overfishing and changes in agriculture, many of these positions are no longer needed. This shift led to massive unemployment which economically hurt the area and also affected housing prices. Since people had to move away to find work, there was very little demand for housing, further lowering prices.

While there are some jobs and industries in the area, the province remains a region with a sedate job market. Today, they have focused on natural resources such as lumber exportation. With the massive forested parts of the region, lumber products make up one of the key economic factors. In addition, manufacturing is a major employer in the areas of food and beverages.

Canada has been attempting to revive the area with investments in the financial and insurance industries. Many companies are moving their customer service and technical support call centers to this region so the information technology areas have been growing. This may lead to an increased demand for housing which may then increase home prices. However, they still remain some of the lowest in the area. Tourism has become more of an industry here. People from around the world travel here in order to take in natural beauty. While this supports the local economy and adds to the job market, this has not significantly affected housing prices. 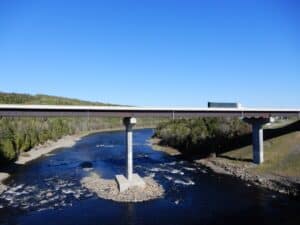 Since the cost of purchasing and maintaining a car can be expensive, living in a location that has good public transportation services often adds to the cost of housing. People who can get by without owning a car usually spend more on their homes. While New Brunswick does offer some public transportation, most residents do own vehicles which they use to travel around.

New Brunswick offers a rail service that travels three times a week. It stops at most of the cities and small towns, allowing residents to travel in the region although this transportation is fairly limited. The department of transportation also operates ferry services to various towns and ports in the province.

Bus services have been expanding although usually only available in the larger cities. Bus services and hours can be limited. The only other option for transportation is a ridesharing program. While New Brunswick does not offer popular and world-wide ride-sharing programs such as Uber, they have a local carpool service known as CarpoolWorld. This service can also be expensive and limited.

The region maintains a good amount of public transportation options given its small size and low population when compared to larger cities. However, as residents will report, having a car is a necessity in the region. Without access to reliable transportation, having a job and travelling in the area is almost impossible. Many people, especially younger people, want to live in a place where having a vehicle is optional as many do not want the pressures or expenses of having a car. This makes New Brunswick less desirable for some, leading them to live in other provinces.

Although currently, public transportation has affected housing prices, this may change in the future. With more people relying on forms of transportation other than personal vehicles, the demand is rising. With increases in these options, residents may find that housing prices increase in the coming years. 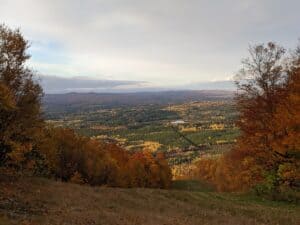 The region is not known as being an epicentre of art and culture. This does not mean that it does not offer things to do or attractive features, but it’s not a hot spot for theatre, art, or other cultural activities. What New Brunswick offers residents is primarily nature activities. The Fundy National Park is a great area to visit and experiences some of the highest tides in the world. The residents of New Brunswick readily take part in these outdoor activities and are heavily active.

These features make it popular for travellers to the region but have not significantly affected housing prices. Many people want to visit the natural beauty of the area but it appears to make less of an impact when it comes to relocating to the province. People who are moving for certain amenities often find themselves drawn to the most bustling cities and towns in the region. Anyone who wants to be involved in more cultural activities usually finds that this involves travelling to a different province. While each town has its own unique charms, they are not a large epicentre of culture.

While the residents like the slower pace of life in New Brunswick, it does not make it one of the more attractive places to live so it’s not common for people to relocate to New Brunswick simply for that. 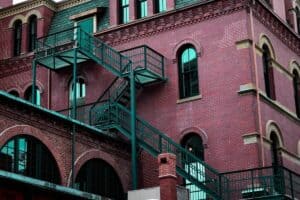 Although all of these aspects have affected the housing prices in New Brunswick, this does not mean that they haven’t experienced change over time. They remain some of the lowest in Canada but are selling at the fastest rate in 10 years according to the New Brunswick Real Estate Association. This was noted in 2018 when sales rose almost 25% than their typical sales rate.

This increase in sales does not affect every town in the province but some of the larger areas have seen more growth. Frederickton, Moncton, and Saint John saw higher growth in home sales while other areas stayed fairly low. In fact, the northern areas saw a decrease in home sales.

The increased demand for housing in this area has led to an increase in home prices, although rates are still low. What exactly affected this growth? There have been a few reasons why New Brunswick is becoming more desirable to live. With an increase in IT jobs, some people are moving to the eastern part of the country to seek out employment. Additionally, people often find that when they want to retire, New Brunswick offers the pace of life that they prefer. People who want to downsize or get a better deal for their money find that the low home prices are desirable on their budget.

Housing Prices in the Coming Years

While the province is anticipated to remain a more affordable part of the country to live, it’s expected that home prices will continue to rise. In addition to increasing numbers of people moving to the area, the supply of houses is fairly low. With its more rural nature, the protected forests don’t allow for huge growth.

This does not mean that New Brunswick will become unaffordable, but the market is anticipated to shift from more of a buyer’s market to a seller’s market. The growth has been slow in the region but will likely continue to expand in the coming years. These are a few reasons why the housing prices have remained low but are likely to increase slowly over time.