If you’re considering moving to Canada or moving from one city to another, you’ve likely looked into the housing market to find your new residence. What you’ve no doubt found is a lot of expensive housing that has left you wondering why houses are so expensive in Canada.

Houses are so expensive in Canada because there is a higher demand for homes than there is a supply of homes.  Low-interest rates, immigration, and the increase of foreign money coming into the country are other reasons for the rise in prices of homes in Canada over the last several years.

Let’s take a closer look at the reasons why houses are so expensive in Canada.

Canada relies heavily on its real estate, which makes up about 12% of the country’s gross domestic product. Despite this, there is a high demand for housing and not enough houses to sell.

There is plenty of new construction for new real estate. However, when people see a tight supply of living spaces within their desired city, it often turns into a bidding war for homes that aren’t worth nearly as much as they are being purchased for.

While this doesn’t fully contribute to the high prices of homes, it can certainly explain part of it. Due to the lack of available options out there, many potential buyers are rushing to bid on homes they do find to beat the competition.

Interest rates on homes have been slowly falling since the early 1990s. This, in conjunction with a short supply of housing options, leads to high bidding wars between interested parties.

This is ramping up the prices of homes across Canada, but especially in the Toronto area. Prices in Canada have been the highest in the last two years.

With low interest rates, more people are getting approved for lower mortgage rates, drawing in more potential buyers. This causes sellers to rack up the prices of their homes. 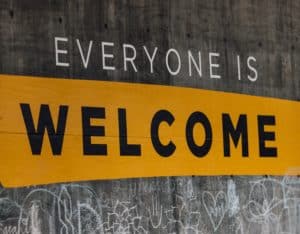 One of the other problems with the rising real estate market is immigration. Canada, like the United States of America, is an immigrant country. Canada is home to thousands who travelled to the country to start new lives.

Foreign investors are another reason why housing prices will rise over time. These investors have large amounts of money that they can put into properties, which they will then turn around a flip for a larger profit.

This creates major competition among the local residents who now have to go up against massive wealth from outside their own country. Not to mention these high-value investors can buy up all of the cheaper housing options, taking them off the market from the citizens who can’t afford the more expensive options left over.

This kind of mindset forces buyers to think they need to offer more money and offer it more quickly to out-bid the other contenders.

Other Things to Consider

There are other things to consider when buying a home, no matter what country you’re looking in.

The Canadian housing bubble has been going strong since 2003. It’s hard to say if or when this bubble is going to burst, but it has many who follow real estate in Canada concerned.

This bubble is measured by the price-to-rent ratio. If the home is worth more than it can make as a rental, it’s considered overvalued. If the bubble were to burst, and the home is worth less than what the mortgage is, the homeowner could risk falling underwater on their mortgage.

This means that the principal is more than the home is worth and can prevent homeowners from selling or even refinancing the home.

To control the rising housing costs, Toronto has started to implement a 15% foreigner tax. It will be applied to all purchases of homes by anyone who is not a permanent resident or those who aren’t citizens of Canada.

This tax was an attempt to make the area that stretches from the Niagara Region and the Greater Toronto Area to Peterborough more affordable for those who live there. It wasn’t meant to target those looking to settle their families in the area, or for new Canadian citizens. Rather, it was meant for those who were just looking for an easy profit.

Buying in a City

Any city you consider buying a home in is going to be more expensive. This is because of the ease of access to goods and other services. The bigger the city, the more expensive it’ll be to live there.

With big cities, like Toronto, there will be more to do. The closer you are to certain amenities, such as restaurants and schools, the higher the price is going to be.

People want to be close to these things, and the high demand will result in higher mortgages and rents.

The more job opportunities that are available, the more likely the housing is going to be expensive. With an increase in available work, people will be more inclined to move to these places.

This is another factor in foreigners moving to Canada as they start new careers or new lives. People go where the money is, and that is typically in major cities where the job opportunities are abundant.

Most Expensive Cities to Live In 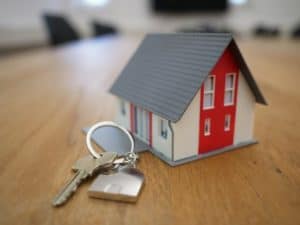 Rent (Based on the Average of a One-Bedroom Property)

Buy (Based on the Average Price of a Home in Canada)

The cheapest cities to rent in is Québec, with the rent for a one-bedroom apartment being 880 CAD (630 USD).

How to Avoid High Prices Homes

There are ways for you to avoid getting stuck with a mortgage that you can barely afford, even in Canada’s expensive areas.

Buy What You Need

One of the biggest traps new homeowners can fall into is buying a home that is too big for their needs or goals. Don’t bite off more than you can chew when it comes to price. Try to stick with 3 to 5 times your total annual income.

Find an Area Within Your Budget

If you are looking in an area of Canada and you just can’t find a home within your price range, you may want to consider broadening your scope. Even searching 25 miles outside the city could yield the results you’re looking for.
If you had your heart set on living in a certain city, you could consider renting. It’s typically cheaper in the short term.

At some point, all of us will have to either pay rent or pay a mortgage for our housing expenses it’s pretty much unavoidable.

Our housing expenses and generally speaking is one of the largest expenses that you will have. One of the things that so many people overlook its multifamily properties.

These are two to four-unit homes like duplexes triplexes and for plexes, which means instead of having one house on one lot, you can have multiple units in one lot now for the loan.

The main idea is to live in one unit and rent it out the rest. This will help you cover part of your mortgage payments.

Canada is often ranked as one of the best places to live in the world.

However, with the supply and demand problem, the low interest rates, foreign investors, and immigration rates, it can be hard to find an affordable home.

Hopefully, this list of reasons why the houses in Canada are so expensive helps you determine your future housing needs.